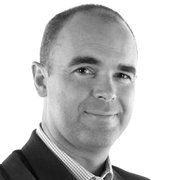 It was fascinating to read about the potential Global Switch sale in the weekend Sunday Times, with the news appearing on both the front cover of the main paper and of course in the business section. Perhaps the first time a data center story has made the front page of any regular newspaper? 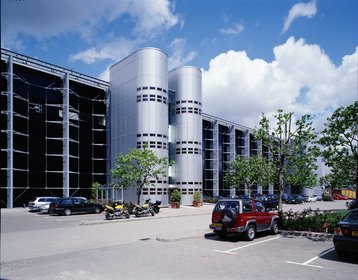 The paper suggests that the Reuben brothers are looking to sell half of Global Switch to a consortium of Chinese investors, valuing the business at over £5bn. But the main thrust of the story is that the deal is raising security concerns in Government circles as it suggests the new investors would then have access to the IT assets of Global Switch customers - who tend to be quite large companies renting (leasing) large scale suites on long term leases.

I personally don’t think this is a genuine issue; the physical security risks in a data center already exist and I can’t see these being increased by a change of ownership (indeed it would be hugely self-defeating).

More likely though is the growing concern in the UK government about increasing Chinese investment in some of our strategic industries, eg power, such as the proposed Hinkley Point nuclear power station or growing Chinese investment in North Sea oil production. Who knows, maybe its case of raising a number of concerns about potential Chinese-funded deals and letting a few through to soften the blow of not letting others (hopefully, perhaps, such as Hinkley Point)?

What I do have some sympathy for though is any concerns about the increasing overseas ownership of the digital infrastructure of both the UK and Europe. Recent examples of this trend would include this year’s $3.5bn takeover of Telecity by Equinix, giving the American company a dominant position in the European retail colocation market, including ownership of a number of key European colocation ecosystems. Or network operator Zayo buying both the UK’s Geo and Paris based Neo Telecoms in 2014 (Geo offered one of the largest dark fibre networks in the UK). Zayo swooped again in 2015 to acquire Viatel’s 7500km pan-European fibre network. Is it really in our long term strategic interest to let so much of the digital infrastructure that we now rely on belong to overseas investors?

If you look at other key strategic industries such as water, power or gas grids, overseas ownership has long been a key feature in both the UK and the rest of Europe - one of my last roles in the City (back in the ’90s) was covering the recently privatised UK water and electricity companies, most of whom have long since passed into overseas ownership, so perhaps its just a sign of the growing maturity of the European data center industry that the leading operators are now attracting similar attention.

End users don’t seem to really notice who owns the particular assets, so long as the lights stay on or water comes out of the tap. I guess so long as the packets continue to flow or the switches, routers and servers stay on perhaps we shouldn’t worry who owns our digital infrastructure? I must admit, I’m not 100% convinced!

Whilst the buyers of the utility assets I’ve listed above tend to be very long term investors such as pension funds (which somewhat beggars the questions why our own such funds don’t value these assets as highly as the overseas investors), the current buyers of our digital infrastructure are not the same and could be described as active trade buyers or even consolidators – thus this is not a buy and hold strategy to generate a secure dividend stream, it is probably more about longer term market control and pricing power.

This could therefore have much more important implications for our digital futures – something to think about perhaps. Fortunately, as I expand on below, the European market does still offer good options for end users of both network and data centers, but clearly every deal reduces this list, one provider at a time.

Implications of the Global Switch deal for the data center market

In my market review published at the end of last year (click HERE to read) I suggested that the “buyers’ market” of the past two years (2013-2015) may gradually be turning into a more balanced market – driven by the slight shift in balance of the market caused by the Telecity/Equinix deal and Virtus’s acquisition of Infinity’s Slough data center, thus the industry consolidation taking some of the competitive pressure’s out of the marketplace.

However, the balancing factor was that the supply picture remained as good as ever. I also pointed out that the continued investor’s appetite into the industry would also in the long run underpin the supply picture and I think this would definitely be the case with Global Switch, where the company’s ultra conservative approach to expansion over the past few years has surprised many in the industry, their own staff including I would think!

A change in ownership could alter this approach and mean the company might be more willing to speculatively develop capacity than has hitherto been the case. In its London campus for example, ‘Switch has capacity to both significantly upgrade the new power densities in its original London North building as well as build on the existing car park to the south of the building, plans which perhaps are more likely to see the light of day under new company ownership and thus potentially a significant amount of new capacity on their East India Dock campus. The power upgrade in London North has the potential to add 150% capacity to this building alone (which opened in 1999).

Any discussion of European data center acquisitions always seems to start with Interxion these days. Having already once been “down the aisle” with Telecity a year ago to only be usurped by Equinix’s bid, Interxion have surely indicated their interest in working with other parties. Whilst I suspect the company is currently enjoying its status as the only pan-European alternative provider to Equinix, the long list of potential buyers for the Telecity disposal assets (I heard some 30 names were involved) shows the strength of interest in European data center operators. Perhaps therefore not long for Interxion as an independent operator.

There also remain a long list of smaller, regional independent operators, all of whom I feel have benefitted from the strong start to the colocation market in the first half of 2016. Companies in the UK such as Pulsant, Iomart, 6Degrees are clearly keen to continue with their roll up/consolidation model. Pulsant is now one of the largest operators of UK data centers, especially in the UK regional market (ie away from London) though I think all these operators are moving away from colocation as a stand-alone product in its own right and towards a more integrated sales strategy, with the data center being merely one part of a wider solution. This would certainly make sense in the light of the competitive market pressures that I alluded to over the past few years.

As a broker for mostly retail end users, ie rack based customers, typically taking 1-20 rack spaces and also operating Crosspoint Colocation, a 60 rack company using 10 London data centers, the market dynamics certainly make for interesting times. For example, Crosspoint operates a number of cabinets in Telecity Harbour Exchange (HEX) and we’re waiting somewhat nervously to see how things will pan out under the new ownership of Equinix, an experience customers in Sovereign House will similarly be feeling as DRT, Digital Realty Trust gets to grip with its most recent acquisitions. Changes to systems, procedures and indeed service charges, even for items such as Remote Hands or particularly cross-connects can cause end users a lot of problems – frankly it’s a pain when things change as you have to adjust systems and procedures.

The good news though is that with 60 carrier neutral facilities in and around the London there is significant and meaningful choice in the market these days, despite the ongoing consolidation and the picture for alternative options in other European markets also continues to grow. Whilst in key ecosystems end users really have no choice but to accept whatever terms the operators wish to impose, the list of options means a more strategic approach to data center procurement can keep exposure to high cost facilities and operators to a minimum – for example by keeping power hungry equipment at nearby but cheaper locations whilst keeping only the equipment necessary in the expensive locations.

With a huge range in colocation pricing, from under £200/kW per month (including power) to over £500 or more, the incentive is certainly there to adopt this approach. Significant differences in other costs also exist, such as on-site support or cross-connects and understanding the different charging models for these essential services can also make a significant difference to end-user costs. It really is worth doing your research these days.

Tim Anker is founder and Director of The Colocation Exchange Ltd and Crosspoint Colocation Ltd.