How data centers are making VR a reality 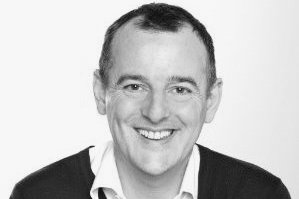 Those old enough may remember the Virtual Reality (VR) goldrush of the early 1990s: bulky headsets, poor graphics and motion sickness came as standard – ultimately preventing the technology from achieving lift-off. Flash forwards to today, and VR is once again making headlines, with 2016 widely mooted as the year it entered the mainstream.

From low-end Google Cardboard headsets to HTC’s costly Vive offering, the VR competition amongst major technology companies has accelerated rapidly, suggesting there may be more to the hype this time around.

With the potential for 500 million headset sales and a total market value of $30 billion within the next decade, content developers and digital media companies worldwide are now gearing up to capture their share of this lucrative virtual world.

While VR games and 360° video are growing in popularity, the potential of VR stretches far beyond entertainment, with diverse applications across many different sectors, including life sciences, marketing and manufacturing. For instance, the automotive industry is now building VR applications that allow customers to visit showrooms, and even test drive vehicles, virtually.

The effect of this skyrocketing VR content on global networks is likely to be dramatic. Indeed, Content Delivery Networks (CDNs) are now expected to carry 71% of all Internet traffic by 2021, with VR traffic increasing 20-fold by the same year. Of course, it’s data centers that will act as the nexus for this surging VR content – bringing together the connectivity, processing and storage that will be needed to support seamless end-user experiences.

The real potential of VR doesn’t lie in isolated experiences powered by local content. Both businesses and consumers will expect VR to offer a fully interactive space. Data centers will need outstanding connectivity to make this a reality, whether the aim is friends playing together, businesses interacting with customers, or design teams collaborating on projects.

In the past, VR’s considerable bandwidth, throughput and latency demands have presented a major hurdle in enabling mass adoption. Creating immersive experiences requires five times more bandwidth than HDTV, while low latency connectivity is also essential to prevent jitter, stuttering or other errors.

To stay ahead in VR, digital media companies need to reach the broadest possible audience whilst maintaining exceptional performance. No matter how fantastic a VR application is, it can still be marred by a shoddy user experience. The fact that three-quarters of viewers will abandon a poor-quality video-on-demand session within four minutes provides something of a barometer for the likely end-user expectations for VR.

To meet these expectations, digital media companies offering VR experiences need to place content distribution nodes as close as possible to their most densely populated markets. Infrastructure at the center of the world’s biggest cities, close to both consumers and corporations, will be critical to minimise latency for the maximum number of users and harness the ideal platform from which to store, cache and distribute content.

Today, we are seeing more and more customers choose to colocate in central London – enabling them to harness direct access to one of Europe’s most densely populated markets for media consumption, as well as the lowest possible latency to other important European regions.