Natural refrigerants: The next level of sustainability? 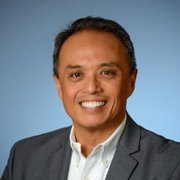 Data centers receive a lot of scrutiny for their water usage. Could natural refrigerants help ease the pressure?

“We are on red alert, and I think data centers are an irresponsible use of our water,” Vice Mayor Jenn Duff, Meza, Arizona, responding to the City Council approval of a data center that will consume up to 1.25 million gallons of water a day.

Let’s face facts: today, the data center industry isn’t sustainable because we’re consuming water and relying on toxic/harmful refrigeration to keep our data centers cool, and both of those approaches are dead ends.

As you know, today’s large and hyperscale data centers rely on billions of gallons of water to economically cool IT equipment. Water is a natural refrigerant that doesn’t have to be manufactured, is relatively low-cost, and has a proven track record.

However, to cool their racks, data center providers use treated water that could be utilized by consumers, agriculture, or other industries, and that water is either lost to the atmosphere (for evaporative cooling) or mixed with pollutants like glycol and then sent to wastewater treatment.

People outside the industry, including citizens, government officials, and not-for-profits, look at this situation and express concerns. After all, in many parts of the world, particularly in regions like the American Southwest, data centers are putting pressure on already stretched sources of water.

That pressure makes people nervous and results in an uncomfortable tension between the needs of individuals, the needs of data center providers, and the needs of local and state governments.

Already, data center providers are under scrutiny for water consumption, and as awareness of the problem grows, they’ll be asked to spell out what they’re doing to reduce water consumption.

If they don’t have good answers, they can expect added political pressure, may find local opinion standing in the way of data center construction, could end up having new construction delayed or blocked, and might lose out to data center providers who are better at mitigating water consumption.

And, to be fair, most companies genuinely want to be good stewards of natural resources and would love better ways to cool data centers without water.

Many of the most prominent players are taking action. You’ll see them touting “zero water consumption” or “net positive water data centers,” which use a range of approaches, including greywater as a cooling input and closed-loop cooling using glycol enriched water. These make a difference but are incremental improvements that don’t sidestep the bigger problem: they’re still using water.

It’s a natural thought to turn away from water toward mechanical refrigeration using artificial refrigerants based on HCFCs. There are two major problems with that approach Nautilus Data Technologies

We’re able to help. We developed a technology of transferring data center heat into large natural bodies of water without environmental impact – no water evaporation, no water pollution, and minimal increase in temperatures. Our approach is intrinsically sustainable, making it exciting for many data center providers.

However, all the available technologies, including ours, do not answer all the challenges. For instance, in many areas, greywater isn’t available. Bodies of natural water aren’t always available either, or in some cases, are challenged by higher temperatures. As the chief scientist for Nautilus, I continue to explore and research the best alternatives founded in sustainable methods.

It’s a natural thought to turn away from water toward mechanical refrigeration using artificial refrigerants based on HCFCs. There are two major problems with that approach:

So if data center providers need to mitigate water use, all the available technologies don’t solve the problem in all cases, and conventional mechanical refrigeration isn’t the answer; how can we find a new path toward data centers that sidestep these problems, taking us toward a sustainable data center industry?

We must turn to NASA for help. Yes, NASA. I firmly believe that we can take inspiration from the way NASA cools the International Space Station Nautilus Data Technologies

Let’s consider this with a question: Is there an alternative natural refrigerant that could work everywhere that’s effective and economically viable?

Yes, and we must turn to NASA for help. Yes, NASA. I firmly believe that we can take inspiration from the way NASA cools the International Space Station.

For many reasons, NASA cannot cool the Space Station with water, so they use an alternative natural refrigerant, R717, ammonia.

On Earth, ammonia is used as a refrigerant, but it’s toxic, corrosive, and fatal in large doses – meaning that it’s probably not ideal for data center cooling. To make matters worse, it’s in high demand for fertilizer manufacturing, meaning that consuming it for data center cooling would put pressure on producers, driving costs up, and interfering with the food supply.

But the idea of using an alternative natural refrigerant is inspiring us, and we can see a couple of possibilities.

I continue to explore the idea that R744, liquid CO2, is a real possibility for the future of sustainable data center cooling. It has substantial advantages over every other cooling medium, including water: 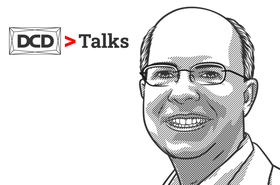 We sit down and talk with Jim Connaughton, CEO and President of Nautilus Data Technologies, and former Director of the White House Office of Environmental Policy

Another possible option is liquid nitrogen. Liquifying nitrogen is also a mature technology, could be done on-site, with renewable energy, and it offers a way to not only cool the data center, but the phase change from liquid to gas could also be exploited to run generators.

The data center industry has cooling problems that can’t be addressed with conventional technologies and artificial refrigerants aren’t the answer.

Our conclusion is that liquified CO2 and N2 offer alternatives that, once they’re proven in pilot projects, could give the data center industry yet another path in addition to the one Nautilus offers today, toward carbon negative sustainability without water consumption.

To learn more about Nautilus and our vision for a sustainable data center industry, you can check out our Sustainability DataSheet.