No return to normal 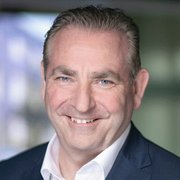 As the digital deluge rages on, what about climate change?

For data and the data center industry, the pandemic disruption was also a major catalyst for accelerated digitalization. Thankfully most of the technology needed during the crisis was already in existence, supported by data centers and telecoms infrastructure.

Our economy and society have gone full throttle on data, exactly at the time when we need to put the brakes on energy consumption if we’re to combat climate change Eaton

The crisis drove the rapid adoption of these technologies and sped developments which were already underway. But what is most significant is that this change is likely to be irreversible.

When you remove a catalyst, the reactions it caused do not reverse themselves. The increased reliance on data centers (and by extension the telecoms infrastructure which connects us to them) is here to stay.

However, there are serious associated issues with this. A decades-long efficiency drive, which held data centers to steady demand levels while processing much more, has run out of headroom.

Our economy and society have gone full throttle on data, exactly at the time when we need to put the brakes on energy consumption if we’re to combat climate change. There are no megabits without megawatts, and as we demand and produce more and more data, energy consumption levels will rise.

The data center in a world of power transformation

How, then, can the industry achieve seemingly contrasting objectives and ramp up while ramping down?

Squaring this circle will be the dominant feature of the energy and data center industry for the next five years. As if this conundrum was not enough, now throw in the fact that electrification is sweeping other industrial sectors, transport, domestic and commercial heating/cooling.

As the demand for electrical energy is set to soar, data center operators will face tough challenges in accessing scarce, new energy production.

Governments setting the rules and direction for energy markets will be asked to make complex and highly consequential decisions about how energy is produced, managed and who is prioritized for power consumption Eaton

The solution is to ramp up renewable energy production, not only meet new demand but to also displace current fossil-based production. So, it is not just the data center industry facing challenges. Energy network operators themselves will be stretched as they are asked to perform the magic trick of increasing supply while simultaneously decommissioning fossil fuel plants.

This may apply further pressure on commercial end-users. And governments setting the rules and direction for energy markets will be asked to make complex and highly consequential decisions about how energy is produced, managed and who is prioritized for power consumption.

Dublin for example, has risen to become a major data hub for Europe, and data centers currently take up around 11 percent of Ireland’s grid capacity, with warnings that this will rise significantly higher, there were even political calls for a moratorium on new data centers.

Between all the stakeholders the energy and data center landscape is now quite complex, requiring new policy and strategies. It would be naïve to assume that Ireland’s case is unique, it is perhaps just to first to experience the confluences of trends.

Players in the data center sector – from big tech to service providers and real estate owners – have grown used to getting power whenever they need it. But as the plates spin across many sources of demand, data’s role will be scrutinized in detail.

The sector can make the case that its activities offset existing demand elsewhere but cannot excuse itself from the consequences of creating greater demand in the main.

We rely on data, data relies on power, and a significant gap between our wants and needs will soon emerge. On one side this appears as a crisis, on the other, this will be the kind of gap that will attract serious investment and innovation Eaton

As such the challenge for data centers will no longer be one of efficiency, but one of sustainability. New metrics, new approaches to data center design and operations will fall under greater scrutiny, as will the energy consumed by the overall telecom infrastructure which has an energy requirement many times that of the data center industry.

We rely on data, data relies on power, and a significant gap between our wants and needs will soon emerge. On one side this appears as a crisis, on the other, this will be the kind of gap that will attract serious investment and innovation.

For the grid, this gap will enable new and existing private ventures to build out the renewable power we desperately need.

The market opportunity for alignment of data and power

A seller’s market for power supply opens the door to new approaches and new models. For data centers, it will solidify the economic case for a new relationship with power, not just as consumers but as sites which support the grid with energy services, storage and even power generation.

Data and power will realign and soon in some cases that alignment will become a physical proximity, too. With economics and policy beginning to align in this manner, there is a case for data centers to offer not just frequency response, but also move into direct flexible supply to the grid. Sector coupling, then, could become one of 2022’s major headlines for the data center sector.

In late 2021, we saw the first glimmers of what this might look like; by the end of 2022 and beyond the dots between data and power will truly have been redrawn and hopefully look joined up, and we will continue to see the growth of ventures structured to make data centers part of the solution to the renewable transition.