P4 is a programming language for software defined networks. Here’s how it could change things 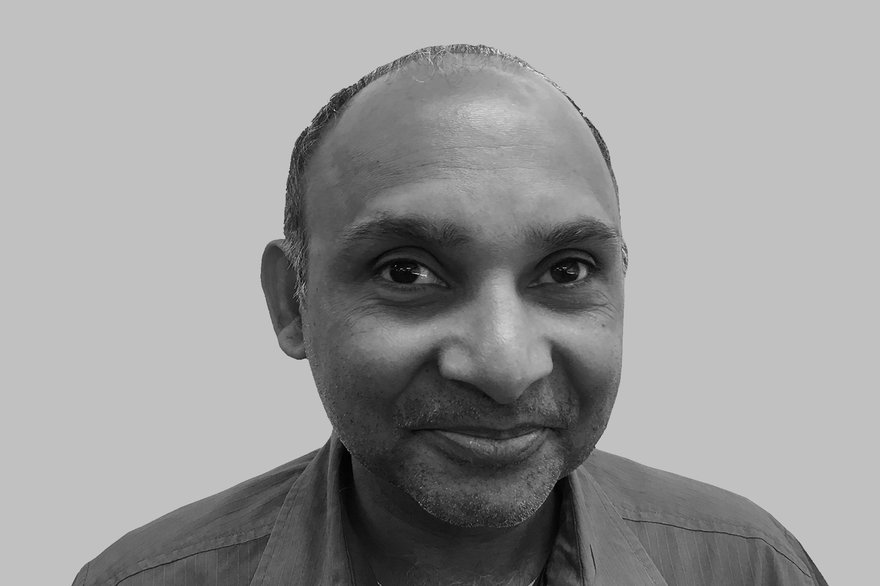 P4 is a new high-level programming language for software-defined networks [1, 2]. It is intended to describe the behavior of the data plane of any system or appliance that forwards, modifies or inspects network traffic. P4 started as an innovation for the network core [3], but researchers focused on server-based networking recognized its value to applications in their areas of interest. Smart NICs, now being deployed into data centers [4] are a potential vehicle to exploit P4 in server-based networking applications. Researchers are innovating using P4 in server-based networking systems with novel approaches to offloading servers and realizing new functionality.

This article is an introduction to recent research in P4 for server-based networking. We start with a brief review of P4.

The P4 language [5] is based on the match-action flow paradigm used in OpenFlow [6]. In this approach, actions are used to change packet contents when they match specific keys. The language’s constructs focus on enabling users to efficiently describe match-action flows.

P4 is meant to describe or specify the behavior of the data plane, but not how the data plane is actually implemented. Depending on the flexibility and complexity of the system/appliance, the data plane can run the gamut from fixed-function ASICs (such as those used in Layer 2 switches) all the way up to fully programmable, general-purpose CPUs found in white box implementations of routers, web proxies and firewalls.

One of the primary goals of P4 is to keep the language hardware-independent (or target-independent). When the designers of P4 state that it is a programming language intended for packet processors, which packet processing device are they referring to? Hardwired ASICs, FPGAs or CISC CPUs? The answer is: all of the above, provided they can interpret P4.

The job of interpreting P4 behavioral code and generating a lower-level, device-specific implementation falls to manufacturers of the target systems. For example, Netronome’s Agilio Smart NICs have programmable data planes. Hardware and software from Netronome make it possible to conceive, develop and debug P4 code on these Smart NICs [7]. P4 can similarly be compiled onto architectures ranging from a TCP/IP stack on an x86, through to full-custom ASICs, using open-source or custom-tools from manufacturers [8-12]. 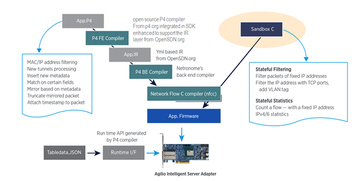 Many networking systems use special-purpose hardware to accelerate networking functions to meet line-rate and functionality requirements and to offload the host. The P4 language itself assumes that some actions are better done using externs, treated as black boxes, implemented using accelerators or special-purpose external hardware [5].

Highly programmable accelerators composed of a large number of programmable cores such as in network processors, or logic gates as in FPGAs, offer the potential to combine performance with the flexibility required in practical networks. Their use has been hampered because developers usually find accelerators hard to program. A developer has to manually manage functions that are automated by the operating system or other services in general-purpose systems. A developer has to implement two classes of functions when programming accelerators:

Network system developers are typically interested in the second class of functions. In systems with accelerators,  they are required to implement the first type to achieve their objectives.

With this approach, network function developers can focus on what is relevant to them: packet function processing. Netronome uses the sandbox approach in its P4 SDK and toolchain. Additionally, with Netronome developers can implement P4 extern functions in C. This allows developers to realize features, especially stateful features, that are not possible with P4. Figure 3 shows the process with which developers create, compile and download P4 and C code to the Netronome SmartNIC. Figure 3 shows how P4/C code is inserted into a resource island.

P4’s development focus was and continues to be the switching data plane in the network core. However, P4 has shown surprising growth in server-based networking applications.

Most network data planes perform three basic operations: packet parsing, match/action operations and packet reassembly. P4 provides coding constructs that make describing these operations easy to understand. P4 programs have to describe the expected contents of the packets processed as well as the way in which they are modified. P4 has the ability to define not just standard packet header structures the parser will extract, but also entirely new protocols (Figure 4).

Developers in P4 can experiment in software-defined networks with entirely new protocols at any layer of the network stack. This is a contrast with prior SDN efforts such as OpenFlow, which were built on existing networking standards. Parsing Ethernet, IP or TCP headers using OpenFlow is not a problem, as OpenFlow supports those protocols. Alternatively, if you need to parse a newer protocol, such as an NVGRE packet, you will have to wait until OpenFlow adds support for it.

The ability to experiment with new protocols has given data plane researchers the ability to investigate and prototype an extraordinary range of new network functions on production networking hardware. More importantly, with the island approach, they can focus their energies on the specific idea of interest while producing results in real networks. Secondly, with code in C, they are able to close functional gaps in P4. Netronome supports research and development in P4 (and other data plane acceleration technologies) through the community portal Open-NFP. We briefly discuss some of the projects in P4 proposed by the community on Open-NFP [13].

An obvious focus area for researchers is using P4 to drive new approaches to realizing networking systems on commodity off-the-shelf servers, both in bare-metal applications  and in virtual applications in network function virtualization(NFV) systems [14-16]. In bare-metal applications, researchers have proposed using P4 to provide multicast for network media streaming with unicast semantics, using P4 to implement information-centric networking concepts , using P4 to offload hosts and implement 5G network protocols on SmartNICs, and using P4 as a mechanism for OpenFlow controllers to push security policies to NICs and switches. In virtual applications, researchers are using P4 as a mechanism to offload Virtual Network Functions on hosts in NFV systems and/or to enhance VNF functionality.

The second area of interest has been protocols to implement new functionality [17, 18]. One interesting area is using a NIC to offload the host to better use host resources or improve application performance. Examples of this include offloading consensus protocol services to the network from hosts in distributed systems and enabling applications to directly receive network data by bypassing the network stack in distributed applications. Researchers have also proposed using P4 to program the data plane in Open VirtualSwitch [11].

Researchers are also planning to use the ability to define custom protocols on a NIC to investigate new approaches to security and monitoring [19-21]. These include new connection authentication protocols, new methods to authenticate and isolate flows securely, and protocol-based approaches to monitoring network performance in real time.

Looking forward, more change and growth are likely. Researchers can participate in and contribute to this effort in several ways. The P4 organization holds developer days twice a year and a research conference [22] once a year. The organization also drives language and architecture development through working groups. For example, the next version of P4, P4-16, is on the horizon. The P4 language repo [23] hosts a lot of example code for applications and networking functions. Discounted hardware to use with P4, a development SDK and learning material, including several complete P4 and P4/C projects [24] and labs, are available to researchers and at Open-NFP.

Bapi Vinnakota is director of technology at Netronome. Previously, he was a Principal Engineer at Intel, and has published 50 refereed journal and conference articles, is an author/co-author on 10 patents