The path to increased use of renewables in powering data centers 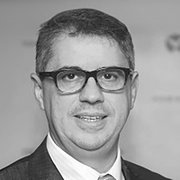 Data centers have become more efficient. To lower their footprint, they must use more renewables

The data center industry has made remarkable progress in improving efficiency. According to statistics compiled by the International Energy Agency (IEA), data center energy consumption has remained flat in the last three years while workloads and internet traffic were growing dramatically.

Despite these efforts, the data center industry remains a significant consumer of energy, accounting for about one percent of global electricity consumption. With workloads continuing to rise, industry energy consumption is likely to remain in the spotlight.

It will be challenging to continue to offset continued growth with efficiency gains, especially since the low-hanging fruit has already been harvested. One potential solution is increased use of renewable energy sources, and there appears to be a good deal of optimism on this front among industry professionals.

In Vertiv’s 2019 Data Center 2025 survey, more than 800 industry professionals were asked to project the percent of global data center energy that would come from various power sources in 2025. They predicted that 13 percent of data center power would come from solar and eight percent from wind—about one in every five kWhour of total data center power coming from these two renewable sources. Projections for energy sources were fairly consistent across regions, with a few exceptions. Expectations for solar were higher in Latin America (17 percent) than other regions. Latin America was also high on hydroelectric power, projecting 29 percent of data center power from this source in 2025. The North America hydro projections were a distant 13 percent.

Combining average responses for solar, wind and hydro power from Latin American participants creates the expectation of 56 percent of data center power coming from these three renewable sources in 2025. The next highest percentages for these three sources were EMEA at 37 percent,  China at 36 percent, North America at 34 percent, and APAC had the lowest projections for the three renewables at 31 percent.

It’s difficult to get good numbers on where we are today in regard to those projections, but few would argue that we are on pace to achieve them. While wind and solar technologies have become more efficient and more cost-competitive in recent years, their inherently intermittent nature doesn’t match well with the always-on, high power requirements of today’s data centers. For these sources to provide the capacity and availability data centers require, they need to be integrated with the grid. Two recent trends demonstrate how that is happening.

Microgrids represent a viable strategy for integrating renewables with the data center and they appear to be gaining traction. According to 2Q19 Navigant Microgrid Tracker, 575 new microgrids were planned or installed in the second quarter of 2019 with Asia Pacific emerging as a global leader in microgrid capacity, followed by North America, the Middle East & Africa.

Because their role is to offset peaks in demand, the data center is never totally dependent on the microgrid, making renewables such as solar an attractive microgrid option. While they may never account for a large percentage of data center power, continued growth in solar-powered microgrids can help contribute to increased use of renewables in data centers.

The power of PPAs

There is even greater potential for data center operators to flex their power as energy consumers to drive increased development and availability of grid-connected solar and wind power. This is happening through the use of power purchasing agreements (PPAs).

Unlike renewable energy credits (RECs), which represent the clean energy attributes of renewables but are not a direct energy purchase, PPAs allow operators, where possible, to purchase the dispatched clean electricity along with the bundled REC.

PPAs have become the preferred tools for large hyperscale and colocation operators, who are often driven by demand for clean energy from their customers, to accelerate the timeline for achieving ambitious clean energy goals. Where grid-connected renewable energy sources are not available, large developers are working with their utility partners to make them available wherever possible. As a result, PPAs not only represent the best alternative for increasing renewable energy consumption, they are serving to drive new development of grid-scale renewable energy sources.

PPA’s will become less necessary as the percent of renewables on the grid increases, but for organizations or individual facilities that make the commitment to 100 percent renewable power they will continue to be used in the long-term to compensate for the inevitable gaps in the availability of grid-connected renewable energy while simultaneously driving development that helps fill those gaps.

With large data center operators both leading the industry in committing to clean energy and accounting for an increasing percentage of total data center capacity, PPAs can have a significant impact on the percent of renewables used by the industry. By remaining committed to maximizing our use of renewable resources while continuing to drive improvements in efficiency, the industry can become a leader in the responsible use of electricity.