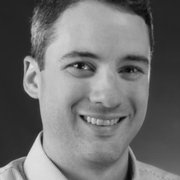 John is the Senior Product Manager for data centers at Starline, the manufacturer of Starline Track Busway, XCP High Power Busbars and the Critical Power Monitor.

John has more than 15 years’ experience in bringing new products to market around the globe in the electrical controls, automation, and safety industries. He is helping Starline define the next generation of products, services, and platforms in data center power distribution.

He has an MBA from Duquesne University and a BSIE from the University of Pittsburgh. He is also a Project Management and Design for Six Sigma Professional.

Those working in the data center space know they must do everything in their power to avoid the “dreaded d-word”: Downtime. And with downtime comes outrageous costs and inconvenience.

Innovation in today’s world means quicker, convenient, more efficient. Long gone are the days of dial up tones or spinning wheels on your screen. If a search engine offers anything less than instant gratification, then we don’t care enough to sit around and wait for the results.

And while the average person has no idea what goes on behind the scenes to achieve this euphoric immediacy - data center managers know it all too well. This feat requires increased infrastructure: more servers and racks, sufficient cooling, reliable network connectivity and security, and increased power.

Without power, data center operation grinds to a halt: downtime is inevitable, and panic ensues. 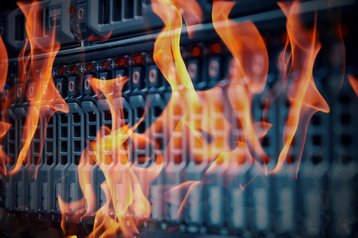 While the continuation of uptime in data centers is of mission critical importance, the need for overcurrent protection deployment throughout the entire power system architecture cannot be understated.

For your power distribution system, the two main types of current-limiting devices are fuses and circuit breakers. As every electrician knows, fuses are a “one-use only” OCPD, containing a metal wire or strips of a certain material (i.e. silica) that melt when too much current flows through them, thus clearing (disconnecting) the current. The fuse must then be replaced. Circuit breakers are switches designed to automatically cut-off an electrical current when an overcurrent is detected.

In terms of actual time, a fuse clears a fault current in one-tenth of a second, about three times faster than a circuit breaker, which might take one full second to stop the fault current. This time differential might seem small, but fault currents move with such speed and force that it could mean the difference between a manageable event and widespread downtime. A strategically-placed fuse will clear the fault current and prevent the occurrence of a serious incident.

Selective coordination is the practice of setting up OCPDs in a power distribution architecture so the OCPD closest to the fault current will trip first. This ensures that upstream OCPDs don’t trip before downstream OCPDs, which can take down your entire power distribution system - and potentially the entire data center!

With selective coordination, upstream circuit breakers and downstream fuses with faster trip curves are strategically placed throughout the system. The downstream fuse that is closest to the fault cuts off the current, resulting in power loss to only one server cabinet instead of the entire row of cabinets.

In an electrical busway system, for example, you can place fuses (1) in the end feed of a busway; (2) in the plug-in units that supply power from the busways to server cabinets; and (3) in the in-cabinet PDU strips that supply power to individual servers. With selective coordination, if a fault occurs, the fuse installed in the in-cabinet PDU strip will trip first. This means you will only lose power to the servers in that cabinet, instead of an entire row of cabinets (which would happen if the fuses in the busway end feed were to trip first).

Simply put (and in conclusion), don’t underestimate the power of using OCPD fuses in your data center. Despite their one-time use, they provide invaluable protection and have quicker clearing times than circuit breakers.

With the enormous cost of downtime - both monetarily and perceptually - all measures to prevent outages must be explored and implemented.