Rotary UPS arguments may be out of date

The benefits of digital rotary UPS (DRUPS) systems may be overstated, because static systems are not standing still

At a time when “fake news” and “alternative facts” are terms in common currency it is well to be in full possession of verifiable arguments if you want to overturn commonly held beliefs as they are challenged by advancing technology.

One such belief is that Diesel Rotary UPS (DRUPS) systems are a more appropriate power backup option than Static UPS (uninterruptible power supply) for cooling and IT systems in data centres. Some published studies support this view by claiming, for example, that DRUPS systems have higher system efficiency, occupy less floor space, require no air conditioning or thermal buffering and are every bit as scalable as equivalent Static UPS systems leading inevitably to a lower total cost of ownership (TCO). 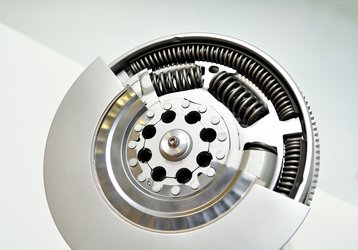 All this may have been true once, but in fact many of the comparisons are based on data relating to older static UPS models based on silicon-controlled rectifier (SCR) technology. The advent of newer more efficient UPS systems has changed the rules of the game. There are still trade offs to be considered, but they are no longer as pronounced.

Let us take each argument in turn.

It is true that older SCR-based UPS systems were less efficient than DRUPS, often achieving a peak of only 92 percent on the efficiency curve.

Nowadays, however, static UPSs are available that can achieve efficiencies as high as 97.6 percent which is on par or better than typical DRUPs. And crucially, static UPSs today are often optimized to provide high efficiencies at partial load levels. Many of the published comparisons do not discuss efficiencies when dealing with partial loads, which are a frequent occurrence in real-world situations.

The claim that static UPS systems occupy more floor space than a typical DRUPS is often exaggerated. For a start, many of the calculations are based on the assumption that the static model uses a lead-acid battery, whereas in fact many static UPS systems on the market today are based on lithiumiIon batteries which greatly reduce the required floor space, by as much as 80 percent in some cases.

In a colocation facility with multiple tenants, footprint could be vital, but old assumptions that DRUPS will always be cheaper than a static UPS are no longer valid.

Furthermore, the space comparison is often based on a Static UPS delivering 15 minutes of run time, which would require a larger footprint. This is an unfair comparison as a DRUPS can only provide between 8 and 12s of ride-through time. Although it is true that static UPS systems typically take up more space than a DRUPS it is possible, depending on the application and design topology used that the situation can be reversed, with the static model actually occupying less space.

Static UPS systems need air conditioning which pushes up the total cost of ownership (TCO) because of the extra energy required. However when comparing energy costs one has to look at the total system cost, not just at the individual elements. A DRUPS system, for example, has higher power losses than a static at partial loads. Similarly, thermal buffering, or the use of chilled water in a storage tank to ensure continuous cooling of a static UPS during a power outage would seem at first sight to require greater energy consumption and therefore expense. But again, the total cost of operations between static and DRUPS systems needs to be considered.

Finally on the issue of scalability, although a DRUPS system can be scaled by adding additional units they are usually oversized significantly to accommodate future unknown load requirements. This is because of the lack of flexibility and limited range of capacity options. Static UPS systems, in contrast, are available in a much wider range of capacity options and are therefore easier to match to expected loading requirements and to scale up in a measured and cost-effective manner.

All told, it is possible when all factors concerning a data-centre facility are considered, including capital expenditure, energy and maintenance costs and footprint to build a power backup solution around static UPS systems that is superior on nearly every measure to a DRUPS based solution. A recent study comparing a 2N redundant architecture for an IT load density of 500 IT racks consuming 6kW/rack showed that the static system outperformed the DRUPS system and was less expensive to purchase, install, operate and maintain although there was a small penalty to pay in terms of footprint.

Of course in a facility used for colocation with multiple tenants, footprint could be a vital consideration given the need to maximise floor space utilisation for the best rental return but old assumptions that DRUPS will always be cheaper than a static UPS are no longer valid. The choice of system must depend on a careful consideration of all the facts pertaining to the case in hand.