Stronger together: how the convergence of Edge data centers and 5G will revolutionize data transmission and IoT 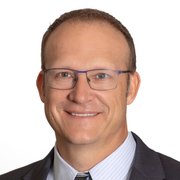 The Edge will become a ring of interconnected 5G networks

It’s tough to overstate the role that edge data centers are poised to play in data creation and processing. By 2025, Gartner predicts that 75% of enterprise-generated data will be created and processed at the edge rather than at traditional data centers.

At the same time, investment into 5G infrastructure is increasing significantly as deployments ramp up. GSMA predicts that mobile operators will devote over 80% of their capital expenditures toward building 5G infrastructure between now and 2025.

By themselves, edge data centers and 5G are transforming the way we harness and use data. But since they both handle different aspects of data activity, their growth begs the almost-mad scientist question of, “what happens if we combine them?”

The longer answer is that the convergence of 5G and edge data centers enables unprecedented accessibility to data by drastically reducing latency and streamlining service delivery at the network edge. This is critical to new and emerging applications like autonomous vehicles, virtual/augmented reality, and automated robotics.

How we got here: building on a history of innovation

As revolutionary as its results are, the convergence of data centers (datacom) and wireless networks (telecom) evolved over two decades supported by two pioneering events: the introduction of Internet Protocol (IP) technology in wireless telecom and the evangelization of the hardware/software disaggregation.

Wireless network generations kicked off with using “analog” technology for 1G. It evolved into 2G networks with the adoption of IP – a more popular datacom protocol – in telecom networks. As the IP technology matured, its use in future wireless network generations became more popular and pervasive while enabling data features such as text messages, picture messages, MMS (multimedia messages), video streaming, etc.

As technology evolved, the cost of hardware and software continued to increase due to the need for customized solutions. With the evolution of new software tools such as virtual machines, containers and software-defined networking, the separation of hardware and software segments for an end-solution became a natural outcome. This allowed the software to be agnostic of the hardware so much so that generic compute storage/networking hardware have dramatically reduced the need for custom hardware. Such hardware agnostic software solutions not only resulted in reducing the overall product development time but also helped to reduce the total cost of ownership for the end customers.

With data centers and wireless technology using the same protocol and running on generic hardware, it was only a matter of time before these technologies became integral to each other’s advancement.

Today, we’re seeing a new level of convergence. One that derived from IoT devices relying on the high speeds and low latencies promised by 5G infrastructure and facilitated by more robust, and prevalent, edge computing infrastructure. Together, the convergence of 5G and edge data centers are allowing IoT/IIoT devices to function in new and more connected ways.

A sum greater than its parts: what this convergence enables

The convergence of 5G and edge data centers allows a level of accessibility to data that we’ve never seen before. It also allows enhanced accessibility to two-way communications with high-end computing capability on both the receiving end and the user end.

Part of the reason these localized processing areas are able to occur is due to the size of edge computing and 5G infrastructure. Edge data centers are usually about the size of a briefcase, and small cells are often the size of a pizza box. This has allowed some vendors to combine edge computing, wireless modules and wi-fi into devices called smart power poles for use in 5G deployments.

As this hardware continues to be deployed, the network edge will start to lose its traditional definition of an edge. Instead, it will become a ring of interconnected 5G networks, with small cells scattered throughout the same areas that edge data centers are located. This in turn, will transform connectivity on the network’s edge, thus unlocking a next-generation of IoT/IIoT devices and advanced device-to-device and device-to-human communication.

Finances and logistics: the challenges ahead

The technologies that enable convergence are clear and present. What isn’t, is a firm plan for who will deploy edge data centers in a 5G wireless network, and foot the bill for it. That’s what makes financial feasibility and logistics two of the larger challenges facing convergence.

Historically, advancements like deploying railroads and electrifying the U.S. were primarily government funded. While the government has offered service providers tax credits to encourage engagement, the private sector may not see funding buildouts as future money-making opportunities. One prime example of this is in rural deployments – which is one reason why there’s still a rural broadband gap. While the Senate’s $1 trillion bipartisan infrastructure plan includes a $65 billion investment in broadband, if passed into law, there will still be a lot of work ahead to help ensure internet access is truly reliable, affordable and high-speed for every household.

With the advancement of wireless networks and evolving data center models, connectivity has become an ecosystem with no single player. With the edge and 5G intermingling, there aren’t only two players…there are two groups of players that are working to deploy new technology and advance connectivity.

Telecom carriers must continue deploying small cells. It could take the deployment of another 400,000-600,000 small cells within the next 4 to 5 years to fully maximize the benefits of 5G. On the other hand, large Hyperscalers like the Microsoft, Google and Amazons of the world, who are traditionally Datacom players, have a vested interest in deploying more edge data centers to integrate themselves in the Telecom segment and expand their presence in a new vertical.

One thing to consider: While different players are deploying new technologies it may be beneficial for a consortium of organizations to work together and look at deployments from a variety of perspectives -- for example, zoning, funding, proper deployment based on business need and application use cases, and the deployment needs to support population density.

The next stage of data transmission and IoT is here, and the technology enabling it is already robust. Financial and logistical questions about deploying its infrastructure are the main barriers keeping it from becoming a reality. But just as edge computing and 5G are stronger together, the public and private sector can also deploy infrastructure more sensibly and effectively by working together.