Take your data to the power 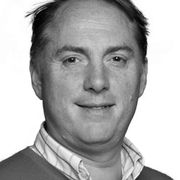 Power issues, in particular, are demanding that hyperscalers and large enterprise customers look more carefully at where they make their data center investments

The continuing growth in cloud deployments, plus the acceleration in big data-fueled by IoT, 5G and Industry 4.0 is putting pressure on data center capacity in Europe. Real estate consultancy CBRE suggests that 2019 was the biggest yet for data center investment in Europe, with 25 percent year-on-year growth in the FLAP markets. It predicts 2020 will be even bigger, driven by hyperscaler deals; but can the large established markets continue to support this growth?

Power issues, in particular, are demanding that hyperscalers and large enterprise customers look more carefully at where they make their data center investments. The Nordic region has crucial energy advantages that any business looking to locate a data center should understand: Cost, availability, and sustainability. Increasingly it makes more sense, commercially and ecologically, to put your data close to where the power is.

With some of the lowest energy prices in Europe or indeed the world, it makes commercial sense to locate heavy data and compute loads in the Nordic data centers. According to EuroStat, Norway has the lowest cost Energy in Europe at 0.06 Euro per KWh, compared to more than double that (15 cents per KWh) in Germany. Sweden and Denmark are also among the lowest tariffs both below 10 cents per KWh. With the huge power drawn by today’s hyperscale data centers these low rates translate into millions of Euros in savings every year.

But cost might not even be the most pressing issue. Hyperscale customers, and enterprises, need to know that they can expand their footprint in any location to accommodate growth. Sadly, for much of Europe this is increasingly difficult. The available generation capacity to support ballooning energy demands is simply not there. This is not a problem in the Nordics. Not only does the region benefit from plentiful renewable energy, but its Governments have committed to invest in new sustainable power generation and distribution.

Crucially, this power is amongst the greenest available. As public, political and customer pressure increases the sustainability not only of data centers, but the digital services they support will be scrutinized. The moral and reputational pressure to get to Net Zero carbon will become intense and locating a data center in the Nordic region with its combination of a cool climate and some of the world’s cleanest power will help meet this essential challenge.

But aren’t the Nordics too remote from large populations to be useful; won’t latency destroy the business case for many digital services? Not at all. There are many sites that can provide the ‘edge’ facilities needed to serve the major urban populations of Oslo, Stockholm, and Stockholm as well as secondary cities. These sites are among the best connected in Europe, with fiber connections via multiple carriers connecting across Europe. Planned new fiber connections will soon create additional high-speed routes to the USA and China.

More importantly, for many of the emerging high-density users of data centers, latency is not always an issue. High-Performance Computing and AI are huge consumers of power, and increasingly at the heart of digital transformation across industries. But the heavy data-crunching and analysis seldom has to be close to customers or end-users. It makes sense to locate these resources in facilities where low-cost, low-carbon energy is plentiful, and this is diving intense interest in the Nordic markets.

Finally, with today’s hyper-growth rates time is of the essence. Any customer, be it a hyperscaler or a corporate, wants to get their data center operational as fast as possible to meet demand, transform its business and serve its customers. Speed to market is determined by a number of factors including, availability of land, local political and regulatory environment, and the availability of skilled human resources to plan, build and manage a new facility. The World Bank rates countries on ease of doing business and Denmark, Norway, Sweden and Finland all make the top 20 (3rd, 7th, 12th, and 17th respectively).

It is clear that there’s more to Europe than the DFLAP markets and the best options for locating your next data center might be to go where the low-cost, low-carbon power is easily available.