Tape: A storage solution for the past, present, and future 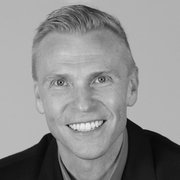 Tape might not be the first storage solution that springs to mind in 2022, but it is critical for long-term archives, cold storage, and backup data

It’s astonishing to think that tape has been used as a means of computer data storage for nearly 65 years. Originally developed for audio storage and subsequently adapted for the radio and recording industry, it then served as the first reliable storage medium for the computer age.

With such a long pedigree, it is unsurprising that many sceptics have proclaimed the end of tape is nigh, superseded by far-advanced technologies, such as optical, flash or SSD. However, that is far from the case: tape continues to play a key role in secure, long-lasting computer storage, evolving through new generations. Indeed, as the risk of ransomware and wider cyberthreats increases, many organizations are returning to tape because having an air-gapped archive copy of critical data provides a crucial back-up method in the event of a security breach.

The fact is that tape is widely used across a range of use cases and the market itself will be worth nearly $10 billion by 2030, according to industry research.

The benefits of tape storage

Tape offers multiple benefits, ranging from high capacity, compact form factor and extended lifespan. One cartridge can store over 60 years of video recording around the clock and, for long-term storage, it’s up to four times less expensive than disk. It’s clear then that tape is perfect for retaining huge amounts of data for long periods at the lowest cost. But these aren’t the only advantages; businesses and cloud platforms are also turning to tape because of its green credentials, cybersecurity and innovation.

tape provides a storage solution to significantly reduce power and cooling requirements because, unlike data arrays, it doesn’t need to be switched on during data storage. tape cartridges simply remain idle in automated libraries, consuming zero energy until they are requested. Overall, tape uses around one fifth of the energy and cooling of HDD technology, which notably reduces spend for any organization archiving data for the long-term.

A recent development, the Scalar Ransom Block automatically ejects the cartridge so tapes must be retrieved physically by an operator, rather than the robotic arm, making tape even more secure in the face of cyberthreats.

For businesses of all sizes, becoming carbon neutral is a key priority so tape offers a simple, cost-effective way to boost your green credentials and offset the environmental impact of data centers.

According to a recent study of IT and business executives, two out of five confirmed that their organizations had suffered from successful ransomware attacks. More startling, over 80 percent reported that they had paid out to safeguard their data. This has led to a resurgence in the popularity of tape as an air-gapped, offline alternative to the wider network that cannot be accessed by malware. In addition, tape itself boasts inherent security, with built-in encryption.

Tape not only offers a secure recovery solution in the face of a ransomware attack, it also protects against the impact of software bugs. Back in 2011, a flawed software update led to the accidental deletion of saved emails in over 40,000 Gmail accounts.

There have also been recent developments such as the Scalar Ransom Block, which automatically ejects the cartridge so tapes must be retrieved physically by an operator, rather than the robotic arm, making tape even more secure in the face of cyberthreats. In fact, it offers the most robust air-gapped solution available and, as such, should be a vital component of larger companies' approach to cybersecurity.

We have already noted innovations such as the Scalar Ransom Block, but there are other new developments which are more focused on optimizing and extending storage capacity and capability. Perhaps the best example is Amazon’s cloud-linked S3 Glacier Class storage, which enables companies that create petabytes of data to store it within their own data center, at a co-location facility, or in a hosted IT environment. The advantage it offers is the ability to archive ‘cold’ inactive data, using any amount of HDD and tape storage, at lowest cost using a pay-as-you-go model for predictable spend and minimal maintenance.

These notable benefits of adopting tape in certain circumstances for specific requirements relate directly to what businesses in every sector are asking for in terms of critical data storage. Whether you work in sciences, pharma, media production or any industry where vast quantities of data are produced, tape will complement your existing storage infrastructure by offering low-cost, resilient and cutting-edge support.

It’s little wonder that tape sceptics are beginning to change their tune.