The Big Crunch will turn us to liquid 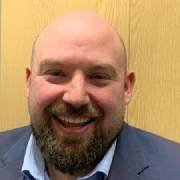 Peter is an Entrepreneur, with skills in market strategy, ideas, innovation and technology. He's an ideas person and is one for spotting inefficiencies within systems, which has led him into the realms of "GreenIT"

Peter invented Iceotope, a server cooling technology that has had millions of pounds of investment and he believes will change the data center and server industry forever. He is now leading key EU engagements as part of this promising technology company that encapsulates electronics inside of liquid filled blades.
Iceotope are the cooling provider on the road to ExaScale in the EU, as the cooling and infrastructure provider to EuroExa group of projects as part of ExaNeST

He is the founder and now non-exec at VeryPC/Very Innovative Group, a group of multi-award winning companies; manufacturing energy efficient desktops for education and providing all-inclusive IT services

He regularly speaks about sustainability and technology at regional, national and international conferences.
He was also part of the foreign office Green IT mission to Tokyo.

He also chairs the Data Centre Strategy and Future Computing Systems committees at the BCS (British Computer Society - the Chartered Institute for IT) and reasonably regularly speaks about topics on behalf of the society.

For his work he has been made a Freeman of the Company of Cutlers in Hallamshire and received several awards for the companies that he has started. 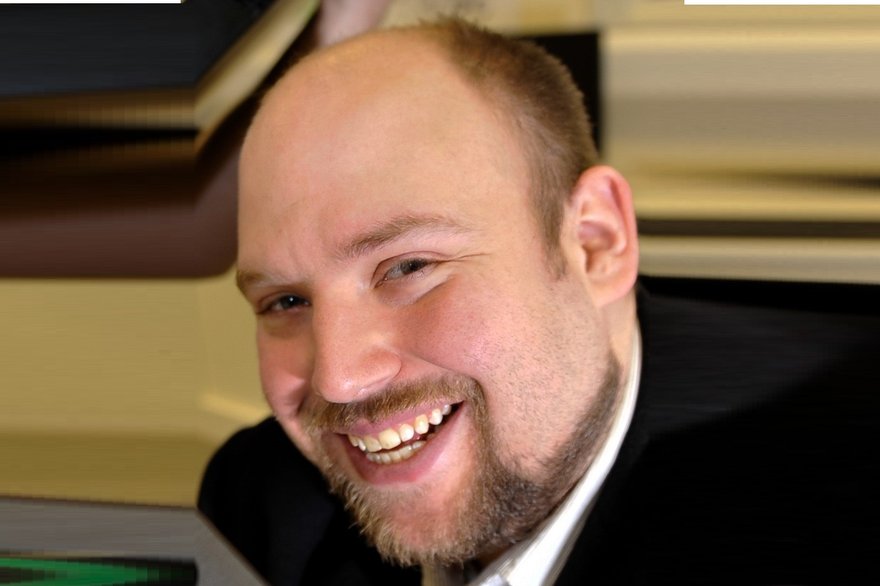 In physics, the ‘Big Crunch’ theory proposes that, just as the universe expanded in the Big Bang, so too will it contract, recollapse and ultimately end. It’s a surprisingly fitting analogy for IT, and I predict that we’ll see something akin to a Big Crunch in the decade ahead.

Don’t worry, we won’t end up in a black hole. We’ll just have smaller and denser computing – the kind that could make air cooling redundant and radically transform the traditional data centre or HPC environment. 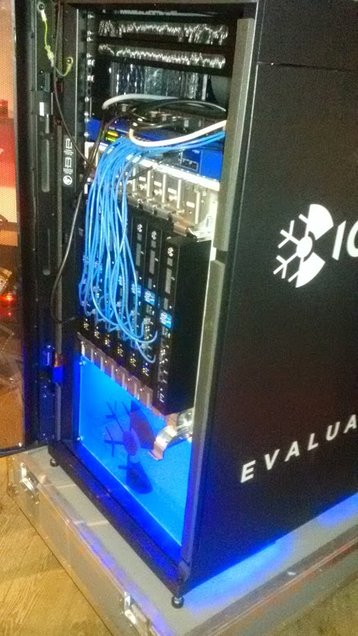 Spreading out the heat

We’re already creating super-dense IT that is incredibly difficult to cool using fans. This is bad news since that’s what you’ll find in almost every data centre on the planet. That might sound alarming but, looking back through the history of physical IT, you can start to see a clear picture of how we got here.

Over the last 30 years, since the introduction of CMOS chips, the power cost of processing has halved every 18 months, it’s known as Koomey’s Law and is closely related to the better known Moore’s Law. You see, air cooling in a server has a given thermal envelope and as a chip gets twice as efficient in terms of compute per watt then it can become twice as fast – it is this improvement in energy efficiency that drives Moore’s Law.

Chip and motherboard manufacturers have dealt with increasing heat emissions from high performance servers, the kind you’d find in the average data centre or HPC facility, by spreading out the heat to fill the allowable thermal envelope of air cooling. This is why we have two, four or even eight processor servers. However, unless something dramatic happens, spreading out the heat is no longer going to work.

Years ago, mobile phones had batteries that would last a week, not a day. Battery life is being degraded - but not by the increased processing power. The power consumption of the increasing data transmissionis to blame. Don’t believe me? Turn off the data access, wifi, 3G and 4G – your battery will last ages.

Twenty years ago data centres had 1kW of equipment in a cabinet. Ten years ago this was 5kW. Data centres being built today usually aim for 10kW or even more. Some HPC data centres where interconnect is key to the collaborative performance of the network of servers are aiming for 20kW to 30kW, which approaches the limit of air cooling.

This interconnect issue is going to make it harder to build multi-socket servers and more likely that servers will have a single socket per node (although multiple nodes per board is a possibility). 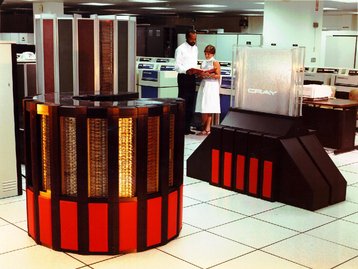 Too dense to cool

So what does all this mean? Well, this new super-dense bundle of processor, RAM and storage is going to be very difficult to cool with air-based means, making liquid cooling in one form or another essential. Nicolas Dube, distinguished technologist at HP believes that “By 2020, the density and heat we will be seeing will require liquid cooling.”

I’m inclined to agree, and would also add that required or no, liquid cooling is becoming a force to be reckoned with in IT once again (as per the days of the Cray II, pictured here). It can offer numerous density, efficiency and performance benefits over air cooled alternatives and there is now a much healthier range of liquid cooled products on the market – which the IT industry is taking very seriously indeed.

Hydrophobic IT managers might now be shaking in fear, but liquid cooling is not necessarily that scary. It can look and behave the same as a normal server system. It’s not all open tanks resembling your local fish and chip shop.

Liquids probably already exist in your data centre. Inside your CRAC units, they are there at high enough pressures to soak your IT gear in the event of a failure. In fact, liquid cooling will protect you against other liquid risks, was your servers will be sealed, providing other reliability benefits.

Fear not, the future is coming, and it’s fluid.