The Digital Markets Act is here - what's next? 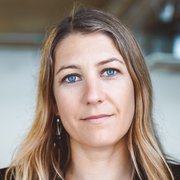 Amandine Le Pape is co-founder and COO at Element

The EU recently passed The Digital Markets Act (DMA), has the potential to be one of the most progressive regulations the world has ever seen in terms of holding gatekeepers like Facebook and Microsoft to account.

For years Big Tech has been allowed to build and reinforce its walled gardens, monopolising the Internet. But the Internet was never meant to have walls - it was meant to be an open decentralized network that allowed information to be shared around the world. The exponential growth of Big Tech and their private, hosted platforms prevented the creation of an open communication layer for the web. 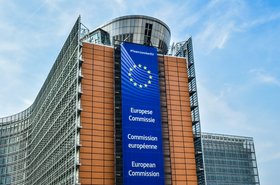 The DMA and the DSA provide tough rules for tech giants - but how will it be enforced?

Unlike email, the messaging platform you choose only allows you to talk to those on the same platform. After email and text messaging, you could say we took a step backwards by relying on these Big Tech platforms for instant messaging and voice over IP.

Now we may be taking a huge step forward, with the introduction of the Digital Markets Act (DMA). The interoperability obligation for messaging and voice services has probably been the most debated part of the DMA. It forces Big Tech - or ‘the gatekeepers’ - to open up their communications APIs to enable widespread interoperability.

This means breaking down the walled gardens to allow users to talk to whoever they want using whichever platform they want.

Why interoperability is important

Interoperability means that users will no longer be locked into particular ecosystems. For instance, you’ll no longer have to use Facebook Messenger in order to chat with someone else who uses Facebook. People will be free to easily chop and change between different apps, choosing the messaging platform they like and trust the most, rather than being forced to use a platform their friends and family use.

You could think of it a bit like how banks interoperate with each other when you take cash out at another bank’s ATM, or when you transfer money to someone. Or mobile phone networks, who enable each other’s customers to make calls.

Forcing interoperability will remove the grip gatekeepers currently have on digital markets whilst also giving an opportunity to smaller players to flourish. It also gives more control to the users over their communications. As such, it will unleash a new era of innovation. Encouraging consumers to shop around creates a more innovative and competitive marketplace, driving up standards and customer service. Consumers and businesses will have more choice, better features and improved privacy - all thanks to interoperability.

It would be remiss to talk about the benefits of interoperability without also responding to a major argument against it - the idea that it would destroy end-to-end encryption (E2EE). This is not wholly true. Enabling messaging apps to interoperate should not put the end users at risk, either by undermining end-to-end encryption, or in terms of spam and phishing.

The EU has only mandated Big Tech to provide open APIs, without making any demands on performance. This means they can create slow, chunky, storage hungry APIs that don’t work properly

End-to-end encrypted platforms have to speak the same language from end-to-end. So, when linking two different platforms (e.g. WhatsApp and iMessage) together they either need to natively speak a common language or have the traffic converted from one language to the other in a bridge, which necessarily means re-encrypting the traffic somewhere.

However, these bridges could be run client side, like for example the Matrix iMessage bridge, which runs client side on iPhone or mac hardware, or you could use client side open APIs to bridge between the apps locally within the phone itself. Alternatively, these bridges could be run server side on hardware controlled by the user in a decentralized fashion. This ensures that the re-encryption happens in as secure an environment as possible rather than on a vulnerable centralized server.

The problem with focusing on APIs

Big Tech became Big Tech through the strength of the data it gathers and holds on its users. Interoperability means losing some of that control. No longer can you demand users download your application to communicate with others - or at least, we hope so. The problem here is that the EU has only mandated Big Tech to provide open APIs, without making any demands on performance. This means they can create slow, chunky, storage hungry APIs that don’t work properly. “We tried” they’ll say, but that’s not exactly true. These open APIs also have the potential to hamper E2EE - especially if the re-encryption happens on a centralized vendor-hosted server.

In line with the ethics of the web, the EU could have pushed even harder - forcing Big Tech to use a widely adopted open standard rather than a tangle of bridges through APIs - as demonstrated by both the web and email. Only then would messaging finally catch up with the openness of the web and email.

In practice, open APIs is an easier first step for the gatekeepers to follow, and once the APIs are built, those in the open source community will likely bridge the gatekeepers together via a secure decentralized open source protocol like Matrix. In the future, we expect to see more and more players adopting the use of these protocols, including those gatekeepers, as they bring a wider reach to interoperability and make it more secure.

The DMA has put a six month deadline on the creation of these open APIs for 1:1 messaging and file transfer, and several years for voice, video and group messaging. Whether fines will be handed out if those timelines aren’t met is a debate for tomorrow - past experiences would suggest few fines will be handed out and even fewer paid. But if adhered to, the DMA may just be the first step to finally democratise the internet.