The gang’s all here: When a homebound world relies on the Internet for everything

As work and school from home becomes the new normal for the foreseeable future, a parallel concern to the availability of network bandwidth is a concern about household energy consumption

Everyone is adjusting to the new normal and that means we are relying heavily on the internet – and the electricity that powers it – as our mission critical communication platform. Work, meetings, and information has shifted from businesses to residences, and education – from kindergarten to graduate school – is moving from schools and campuses to homes as well.

Friends and families, grandparents, adults, teens, and children along with the entire business world are accessing the same internet at the same time. And the movement has all been headed in one direction – home. But a main concern is that bandwidth doesn’t move, which makes us want to know: is there enough bandwidth at the residential level to support all the activity? How can we try to improve network performance in our homes and what are the best ways to optimize the efficiency and reliability of the electricity that powers everything in them? 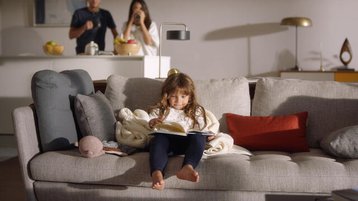 The Internet we are relying on wasn’t built for communications

Some people may not realize it but the communication platform we are dependent upon wasn’t invented by Al Gore or Bill Gates, and more importantly, it wasn’t originally built for human communications. The internet began in 1969, with some military computers in the Pentagon called Arpanet (Advanced Research Projects Agency Network). The network was incorrectly believed to be a communication network designed to survive a nuclear attack. Bob Taylor, the Pentagon official who was in charge, insists Arpanet was about time sharing. Time sharing would make it possible for research institutions to use the processing power of computers from other institutions when large calculations required additional processing power.

These are the origins of the internet we are now dependent upon for work, education, and much more. In South Korea and Italy, which were among the first countries where students and business people relocated to home offices, internet traffic rose 60% overall due to increased online chat and video streaming and a spike in online game playing.

But the internet infrastructure is set up for staggered usage peaks to balance the load. There are the data hungry apps of offices and schools during the day and personal entertainment apps from home users. However, in Seattle, internet traffic shot up 40% compared to January. Most telling was that peak use time changed from 6 – 7 p.m., when people usually got home and streamed videos, to 11 a.m., the midst of a traditional work day.

The main issue that slows the internet is the uploading and downloading of videos. Just think of the popularity of streaming services like Hulu and Netflix while people are hunkered down at home for long stretches of time. Netflix uses around 0.7 GB an hour for SD (standard definition) video, around 3 GB an hour for HD (High Definition 1080p) video, and around 7 GB an hour for UHD (Ultra High Definition 4K). Gaming is less hungry than video streaming with most modern titles using between 40 and 300 MB per hour so even at the high end, gaming consumes less than half of SD Netflix video streaming. Although downloading new games is an exception as many new titles are pushing past 50 GB on Xbox One and PlayStation 4.

Business networks and residential networks have historically been isolated from each other. Business networks didn’t have to deal with a lot of the things in homes that consumed bandwidth. Now, with far more workers and students at home, the uploading and downloading of videos will cause a tremendous amount of network congestion especially when you add in video conferencing, online teaching and remote courses, conference calls, and more.

In addition, homes usually have a very different internet service from what’s available in offices and schools, which typically have “enterprise grade” internet broadband service with larger and faster connections. In response, service providers are mobilizing to help the new “school and work from home” customer. Major players Verizon, Charter, Cox, Comcast, and AT&T said they were confident they could meet the demands placed on their home internet services. They added that they were taking measures to help people who were working and learning from home. However, Verizon publicly announced CapEx spending to increase network capacity for home users. And video streaming companies are reducing download speeds in Europe to reduce network bandwidth now that millions of people have committed to staying home. Netflix CEO Reed Hastings said, “We estimate that this will reduce Netflix traffic on European networks by around 25 percent while also ensuring a good quality service for our members.” Facebook is temporarily downgrading the quality of video streaming in Europe on its social platforms Facebook and Instagram “to help alleviate any potential network congestion.” Disney has also said it will work to shrink bandwidth used by its streaming service Disney+.Concern over household energy consumption

As work and school from home becomes the new normal for the foreseeable future, a parallel concern to the availability of network bandwidth is a concern about household energy consumption. More internet usage means more electricity consumption. With the homebound population expanding, typical non-peak electricity periods are now peaking along with a need to monitor and optimize our use of electricity from both efficiency and savings perspectives.

Digital tools are now available that connect to your residential electrical network and provide easy-to-interpret, real-time access to energy data at your fingertips, empowering you to take control of your household’s energy usage at the appliance level. These are smart products and services that will improve efficiency and maximize savings based on your needs and behaviors. The tools are easily installed in your home’s electrical panel and, with an app, you can keep tabs on your home from anywhere. With some of the more advanced systems, you can even determine your utility’s time-of-use pricing and take advantage of cheaper, off-peak energy rates to save money.

The home network is literally at the end

When it comes to the internet, the home network connects to a metro network, which connects to the long-haul network, which connects cities or regions. Many emergency services are operated from metro and long-haul networks and they are considered “life-critical” and must have battery backup. The backup is determined by government agencies and ranges from 2-8 hours. You can contact emergency services from your mobile phones directly to metro networks so there are no such requirements for home networks. Home network routers do usually have some kind of battery backup and because these are not high-powered devices, the batteries can last for hours. However, the level of criticality has changed from “it’s nice to download movies” to “my entire family is relying on our internet connection for our education and our livelihood.” 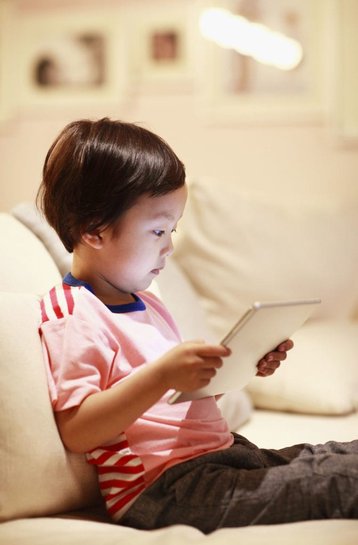 And that time at home – whether working or streaming videos or reading on your preferred device – provides a unique opportunity to learn about the energy consumption of your home and how you can take control of it and optimize it for your evolving needs.

With that in mind, here are a few suggestions on how to improve the performance and availability of your home network and ways to optimize your electricity usage and savings by monitoring and controlling power.

Optimize usage and savings by monitoring and controlling power