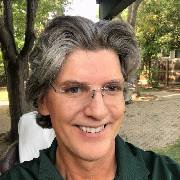 Mark Monroe is a Principal Engineer in Microsoft’s Datacenter Advanced Development group working on future systems for energy, water conservation, and automation. He is a Six Sigma Master Black Belt, with a focus on change acceleration in corporate settings. Mark led industry consortium including Infrastructure Masons and The Green Grid, and served on the board of directors for the Center for ReSource Conservation in Boulder, CO. He has a Master of Science in Mechanical Engineering from Virginia Tech.

In the tech industry we’ll be hard-pressed to keep the lights on, much less cure death or colonize Mars if we don’t bridge the talent gap. Fortunately, we needn’t look far to do that 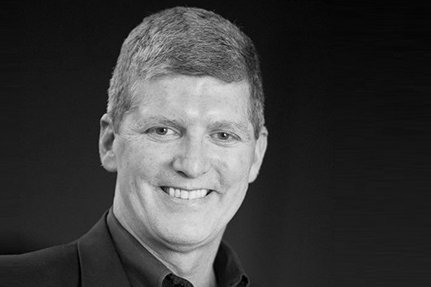 One of the most pressing challenges we face in IT infrastructure is talent. There simply are not enough available, qualified people in the current talent pool to do all the work that needs to be done to keep up with the breakneck pace of technological innovation. 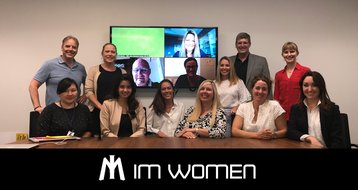 We are facing a significant challenge with the most critical input in our supply chain: talent. In 2016, there were 3 million more STEM (science, technology, engineering and math) jobs than available, qualified people to fill them. Thirteenjob openings for every available, qualified person. And the gap is growing.

Bringing talent from other countries is one tactic, but as the authors of the IM Thoughts paper Doubling Down to Double Up explain: “In a global marketplace, without addressing more fundamentally the structure of the labor market, competing for talent is still a zero-sum game.”

The solution is a huge and relatively untapped pool of talent right here at home: women, who hold 57 percent of all professional occupations but just 25 percent of computing-related jobs. (The untapped potential is even starker in the most technical jobs, where women often hold fewer than 10 percent of the jobs.)

Getting to gender parity in tech (half women/half men) is a socioeconomic imperative. It’s a business imperative as well. Already, a company’s ability to hire and retain top talent is a key competitive advantage – and it will only become more so. As an industry, we’ll be hard-pressed to achieve the incredible things we dream of if we don’t get the talent we need to fill those jobs.

It’s true that the answer to the question ‘Why aren’t there more women in tech?’ is incredibly complex. But we simply can’t afford to get mired in that sticky wicket. Momentum will be a powerful force here: the more women there are in tech, the more friendly tech will be to women, and the more women will join the industry.

How to jumpstart that virtuous circle? The solution is two-fold:

When girls don’t see people who look like them in the industry, they can’t even imagine that they might have a place there.

The lack of women in tech is the opposite of a virtuous circle: when girls don’t see people who look like them in the industry, they can’t even imagine that they might have a place there. Research shows that girls who have a relative or friend with an IT job are almost twice as likely to consider an IT career as those who don’t know anyone in IT. It’s really hard to be what you can’t see.

Infrastructure Masons has two initiatives to increase the number of women pursuing careers in tech:

There will never be more women in IT infrastructure unless infrastructure leaders hire more women. As one Infrastructure Mason put it, “It starts with the hiring manager. Our manager has four female direct line managers out of six total. He purposefully hires women for those roles. But not every manager is like that. At my previous company, the manager promoted the people who smoked cigarettes in the parking lot with him – and that’s why I left.”

One Infrastructure Mason, the head of IT infrastructure at a Silicon Valley tech company, has had to push back on his recruiting team to ensure they present women candidates alongside the men for every job opening. He explained, “The recruiter didn’t have any targets for diversity so all the candidates he sent me were middle-aged white dudes. I asked him to specifically look for female candidates and he found two, one of whom was more qualified than the three male candidates he originally sent.”

To be crystal clear, getting to gender parity is not about lowering the bar. It’s about ensuring infrastructure leaders have access to all the talent out there, not just a subset of it. A commitment to gender parity has paid off for the Infrastructure Mason who pushed his recruiter to find female candidates: he has a more diverse team, with all the benefits that brings, and he’s filling his positions with top talent, so his team can drive innovation at the company.

IM Women is developing the hiring toolkit based on the lessons that Infrastructure Mason and others like him have learned.

The uphill battle doesn’t end once a woman starts a career in tech. The rate of attrition is more than twice as high for women (41 percent) in the tech industry as for men (17 percent). Most women aren’t leaving their tech jobs to stay home – 80 percent of those who leave pursue careers in other fields. Their talent is being lost to other industries.

The rate of attrition for women in tech is 2x what it is for men. But most women aren’t leaving tech to stay home.

So in addition to the two recruitment inititiaves aimed at building a pipeline of women in infrastructure, IM Women is working to support the women already in the industry so that they stay and grow and continue to contribute.

To that end Infrastructure Masons is pursuing two retention-focused initiatives:

Showcasing the women doing amazing work in technical infrastucture is as essential for retention as it is for recruitment. As one Infrastructure Mason said, “We have to engage with women early, keep them engaged, and structure the engagement so women don’t feel culturally isolated.”

At the end of the day, we will not be able to accomplish the incredible things we want to accomplish in technology without more women in the industry. There simply aren’t enough men to get the jobs done. So the companies that figure out how to hire and retain women will have a huge competitive advantage over those that don’t.

How tech women and men can help

We’re calling on all Infrastructure Masons – women and men (because this is an industry issue, not a women’s issue) – to help in our effort to get to gender parity in technical infrastructure. Here are four ways you can help:

IM Women is a group of Infrastructure Masons dedicated to increasing the number of women in technical infrastructure by both encouraging more women to enter the industry and by supporting the women already working in the industry to stay and succeed. To learn more or get involved, contact admin@imasons.org