Want to retain women in tech? Let them lead 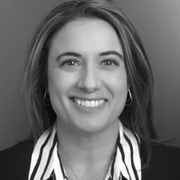 Women have come a long way in tech. Now the conversation is changing

The conversation around women in tech is shifting in a positive direction. The challenge is less about women being driven away from tech, and more about bringing them to the table as leaders. Making STEM programs widely available to young women is important, but we also need to develop existing talent into strong and visible leaders. Why would young women want to pursue a career where all the leadership is male?

When I started in the field, I would attend industry events with no special sessions or networking focused on women. These days, there are multiple sessions and events specifically for women and they are full. Women in tech are here, but we still have work to do. We can’t become complacent. 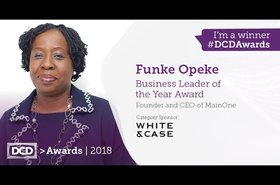 Funke Opeke, founder and CEO of MainOne, is no stranger to hard tasks.

Why does recruiting and retaining women matter?

Before we delve into the challenges and how organizations can do better, let’s talk about why having women at the table matters in the first place.

Females think differently. We approach problems and interact differently. It’s not better or worse, but it’s necessary. It’s necessary to make big strategic decisions and keep the company relevant and moving forward. A report from DreamHost, The State of Women in Tech 2019, notes that 88 percent of all information technology patents from 1980 through 2010 were by male-only invention teams. This means that technology going out to a diverse population was being created by a homogeneous group. What oversights might have been made in our technology during those years? What are we still missing now when groups lack diversity?

Women are critical thinkers and we’re great at multitasking. You need women on your project team and in leadership positions You need them in the organization challenging the status quo. A strong woman isn’t afraid to challenge her colleagues. Without people who challenge, you can end up in a bad situation. On my own team we’ve become victims of group think. While this isn’t necessarily a gender issue, if you don’t have a diverse group around the table, the propensity to challenge the way things have always been done decreases.

This diversity of thinking impacts a company’s bottom line. In a survey published in a Peterson Institute for International Economics working paper of 22,000 firms globally, researchers found gender diversity is profitable. Firms that went from no female corporate leadership to a 30 percent female share were associated with a one percent increase in net margin, which translated to a 15 percent increase in profitability for a typical firm.

Challenges in recruitment: getting women to the table

Women are still up against a bigger pool of men. Companies that aren’t out promoting that they’re diversity-friendly are losing out on strong technical females. Why would women want to come to a company that isn’t sharing that message?

Promoting diversity must be a priority. Simply saying that you’re going to hire the best person for the job isn’t going to fly, because work needs to be done on the front end to recruit for the best candidate. No one is asking people to make concessions for females, but the message that women are wanted and needed at the company needs to be shared.

To get that message out, companies need to make their presence known in industry groups for women. It is still tough to reach critical mass in the industry, so companies can’t be passive.

Once women are in an organization, retention comes from ensuring they have an equal seat at the table. And women who are already in the organization have a big role to play.

For those of us who are leaders, we can’t be okay with walking into rooms where we’re the only woman. I went through a period where, when I first started as a leader, I would enter the room and it was assumed I was someone’s assistant. Or it was assumed that I would take the notes for the group.

Now, when I walk into a room and I take note that I’m the only woman, it should become my mission to change that instead of accepting it as my reality. I need to keep asking myself, “What can I do to change this?”

These personal efforts are aimed at creating a purposeful cultural shift. The big change won’t come from hiring a bunch of women just to get them in the door. We must ensure that they continue on to those leadership positions. Women need to be more visible.

How we can do better

Females are more critical of females in this industry than they are of their male counterparts. It’s easy to revel in the fact that you’ve made it to a leadership position after fighting so hard to get there. But we need to lift each other up.

I never hear men say to each other, “He doesn’t seem very technical.” But when I get introduced into a conversation and there’s another female, eventually I’ll hear it: “Is she technical?” Why are we questioning each other? Why are we not building each other up? If we think another woman is missing skills, why don’t we sit down and help that person?

Hyper-competitiveness pits us against each other. We’re so used to fighting against the sea of men. But shutting out other women is doing a disservice to us all. We’re trying to build a community. We can’t be divisive.

Fostering cross-functional meetups prevents women from becoming isolated, allowing women to share their struggles. Our experiences are different and sharing our stories allows us to learn better tactics for dealing with issues. The more we interact with each other on a personal level, the less we’ll see toxic competition between women within the organization.

Companies can also gather their female talent to go out and recruit. The more this is encouraged, the more pride and mindshare your female employees will have. It’s a start to ensuring that any department in the company is a great place for your female staff to work.