What does IBM's Red Hat purchase mean for the data center? 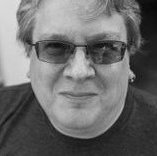 Simon Bisson Born on the Channel Island of Jersey, Simon built one of the UK's first national ISPs, before spending several years developing architectures for large online services for many major brands. For the last decade he's been a freelance writer.

IBM’s $34B acquisition of RedHat last week came as a surprise to much of the industry. Big Blue’s had a long history of open source contributions, and uses Linux in many of its products, but buying a major distribution is a big change in strategy.

RedHat was one of the first big open source businesses. It’s grown over the years to encompass more than Linux, building out a complete developer stack that stretches from IoT to hyperscale clouds. It’s a reach that goes well beyond IBM’s, but at a very different, much smaller scale. Where IBM has been a one-stop shop for all your data center needs, RedHat has been a company that’s relied on partnerships and on industry collaboration.

With a growing industry focus on cloud, public, private, and hybrid, Red Hat’s been making strategic investments that focus on modern application development models. These include the purchase of devops tooling Ansible, the CoreOS microservice and container-focused Linux distribution, and its own development of the Open Shift Kubernetes variant. Red Hat’s influence across the data center is huge. Its OS is available on public clouds, and it’s a key participant in Open Stack.

So why has IBM decided to purchase Red Hat, and what does it mean for the rest of the industry?

It’s all about the cloud, and IBM’s role in delivering cloud services across private and public clouds. With much of the public cloud, even Microsoft’s Azure, depending on Linux, managing an enterprise-grade Linux is key to the IBM’s success in this space.

Red Hat Enterprise Linux is one of the most popular large scale Linux distributions. Available for most common server platforms, it’s also supported on IBM’s Power hardware and on Z series mainframes. With a subscription support model, it’s built on the community developed Fedora, offering a more conservative set of options and longer term support. RHEL’s influence across the industry is huge, and Red Hat developers are a significant proportion of the Linux kernel team; after Intel it’s the number two corporate contributor.

It’s a position that’s made RHEL a popular Linux distribution for enterprises, a familiar market for Intel, and one that it’s able to capitalize on with its sprawling services arm. By giving IBM it can standardize upon, there’s an option for IBM to simplify its services offerings and make it easier to deploy on-premises and in-cloud solutions.

However a major risk remains. With source available for free, RHEL’s also been the basis of a series of rebuilds from other organisations, including Oracle and CentOS. These are updated separately from RHEL, and don’t get the same direct commercial support. Red Hat has been obfuscating patch files, making it harder for third parties to use them in their distributions, preferring to support its own paying customers directly. Other commercial distributions of RHEL are used by Amazon in its AWS platform, and as part of VMware’s hypervisor.

There’s going to be a question over the future of these rebuilds, with IBM’s history of protecting its intellectual property. As the GPL requires Red Hat to keep its kernel changes public, there’s not much IBM can do to keep its work private. Red Hat has long used trademark law to control its distribution, so we shouldn’t expect too much change here. The only real issue facing rebuilds is the pace of Red Hat’s future development, and if IBM slows down development of RHEL it’s likely that these Linux distributions may go elsewhere for their code – possibly reducing the incentive for software developers to package applications and utilities for Red Hat’s yum package manager and repository.

IBM has said it will be running Red Hat as a separate division in its cloud business. That’s not as hands off as Microsoft’s GitHub acquisition, which will leave GitHub running as a standalone subsidiary. Businesses that help install and manage RHEL might find IBM’s existing services business formidable competition, but there’s a lot of business to go around. Even so, it’s probably worth them broadening their reach, looking at supporting other distributions in the event of IBM reducing access to support materials.

One area to watch will be the existing IBM Cloud services, built around its earlier SoftLayer acquisition. Currently it offers a wide selection of different Linux options as part of its virtual server offering. Whether that will continue once the acquisition is complete is a question that’s going to be asked. In practice it’s going to be hard for IBM to change its current offering, as it needs to compete with the cloud services offered by Amazon, Microsoft, and Google; all of which offer multiple Linux option alongside their preferred options.

However it’s likely that RHEL will become IBM Cloud’s preferred OS, with preferential support and pricing options. Support remains one of IBM’s strong points, and if it can build an effective support structure around Softlayer’s hardware and RedHat’s software, it could make IBM Cloud a much more attractive host for lift and shift of Red Hat-based workloads from on-premises to the cloud.

The biggest hurdle for this future is RHEL’s role in other clouds. There’s not much incentive for an Azure customer to move existing RHEL-based applications from a highly managed Azure instance to one on IBM Cloud that is likely to require more management. Red Hat’s support for OpenShift, a fork of the popular Kubernetes distributed computing orchestration tool could be an issue here, as it’s hard to migrate applications from native Kubernetes to OpenShift. IBM might see that as an advantage, though, as it would require services engagement to handle migration to and from OpenShift.

While it’s a risk to the investment IBM has made in transitioning SoftLayer to the IBM Cloud, it does at least give IBM services and revenue options from those other clouds. While the margins may not be as high as managing and running RHEL systems in its own data centers, support and licensing revenue from other clouds should be a significant revenue stream in its own right.

RedHat is a lot more than RHEL. Over the years it’s made significant investments that give it access to a significant suite of software and tooling across the entire modern development and operations stack. That has given it its own stack, with tools like JBOSS and Ansible components of an end-to-end application and infrastructure play. It’s here that we’re likely to see the most IBM influence, giving it a complete cloud stack that can for the basis for selling services and packaged solutions, as well as certified hardware and virtual instances.

Red Hat is also a key player in the OpenStack ecosystem; giving IBM a foothold in the private and hybrid cloud world. Despite growing maturity it remains hard to set up and manage, and IBM’s mix of hardware and services could give Red Hat an advantage here, allowing it to deliver and manage pre-configured Open Stack racks, much like Microsoft’s Azure Stack. By providing an on premises solution that’s consistent with Open Stack on IBM’s own Cloud offering, this could be the road to commercial adoption at scale that Open Stack needs.

But what of the future? The markets seem unsure about the acquisition, and there are questions around the decision to end Red Hat’s independent existence. However that might be to IBM’s advantage, as bringing Red Hat’s leadership team into its management structure gives IBM a strong bench of open source-focused senior management. With open source technologies key to the cloud, a company that’s led by trusted community members could have a significant advantage. It’s up to IBM to keep Red Hat’s leaders on board if it’s to make this acquisition a success.