What has Bitcoin ever done for us?

In retrospect, cryptocurrencies will be seen for the parasites they are - but everyone might benefit from the wider use of GPUs

Those involved in the US government's data center consolidation efforts may have mixed feelings about the plans to reuse a former Department of Defense facility.

The redundant 3MW site in Nevada is slated to be updated and turned into a cryptocurrency mine, by Wuhan General Group of China. The DoD may be pleased to see its former data center put to good use, but the big picture is actually more than a little disappointing. 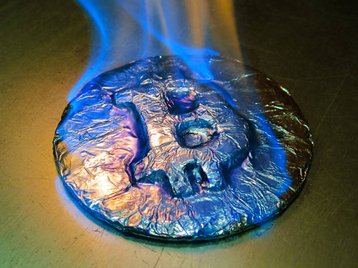 For some years, the US public sector has been trying to reduce its energy use by closing down data centers. It's been a long and complicated story: in 2016, the Data Center Optimization Initiative (DCOI) refined the aims of the 2014 Federal Information Technology Acquisition Reform Act (FITARA), which was itself an update of the 2010 Federal Data Center Consolidation Initiative (FDCCI). All of these efforts had a simple aim, to find the wasteful server rooms operated by government agencies, close them down, and move those resources into consolidated spaces where the same services could be provided more efficiently.

Those running the initiative claim it has saved the US federal and state governments more than $1 billion - and also reduced the carbon footprint of the public sector as a whole.

This may be true, but the deal with Wuhan suggests a somewhat worrying bigger picture. The DoD closed a 3MW data center, and now a crypto miner is planning to reuse the facility - running a 30MW mining system for the pyramid scheme that is Bitcoin.

I doubt that this is happening to many of the shuttered federal facilities, but it's a sign of the times. In cryptocurrency mining, we have an application which has no limits to its power demands. As more power is available, more mining will be done, with the expectation of making money from the coins which are created. Worse than that, the application is designed to make sure that each new coin takes more work than the one before.

Those designing mining rigs are trying to make them more efficient - to deliver more computational power, consume less electricity and use cheaper hardware. But that does not mean less energy is spent on mining - in fact, the reverse is true, thanks to the Jevons Paradox.

The Bitcoin bubble has apparently burst, so there will be more twists to the story, as other cryptocurrencies such as Ethereum follow Bitcoin down the pan, and attention shifts to the other useful jobs which can supposedly be handled by the underlying blockchain technology, and other types of distributed ledgers.

Let's wait and see how that plays out. At DCD, we have a callous focus to our interest. Given any news story, we say: "Never mind the suffering, what about the data centers?"

In this instance, what will happen to the data centers built to run crypto mining? Quite a few will simply get shut down. Many were built on a shoestring, without the features which are required by 'real' applications, such as reliable power and cooling.

Some operators made the canny decision to invest in facilities which are more reliable than what mining would require. In April this year, Catalin Balaci, CEO of Romanian data center owner EvoBits, told us that his mining facility could turn into a conventional data center if and when the Bitcoin bubble burst - and could even get certification to prove its capabilities, such as the Uptime Tier III badge. "I have a data center, and I can host pretty much anything there," he said at a Vertiv summit in Zagreb.

Another factor in this technology tale is GPUs. Some low-end crypto facilities are using proprietary ASICs specifically designed for the job, but a portion of this market relies on GPUs, and these have have much wider applications. They have become useful in deep learning and artificial intelligence, which are now beginning to find wider adoption in business.

It's open to debate how fundamentally useful these applications are: will deep learning make driverless cars safer, and combat waste, or will it merely make targeted advertising even more annoying, and automated phone calls - more intensely irritating? Will it merely increase the pernicious power of bullshit?

Leaving those doubts aside, it is at least possible that the Bitcoin bubble could leave us with a wealth of facilities loaded with the kind of hardware that will power the next generation of business computing - for better or worse.