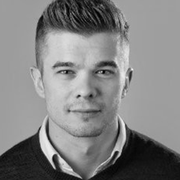 Neil Lonergan is co-founder of FlexFibre

The spectacular growth of the data center industry represents far more than just an industry success story: the reality behind it, and its explosion, represents a profound change in the way that we are living our lives and the way in which our societies are ordered.

In my role bringing flexible bandwidth to our clients, I see the data center industry from an outside-in-view, and the speed with which this change has come about, and what it means for our species, astonishes me. And it has made me realize one profound reality: and that is that the growth of the data center industry is closely related to the rise in Internet speeds - probably more so than the growth in the actual numbers of people using the web as a whole.

The two technologies of bandwidth speed and data centers are actually working in a positive feedback loop: demand for one drives the demand for the other. 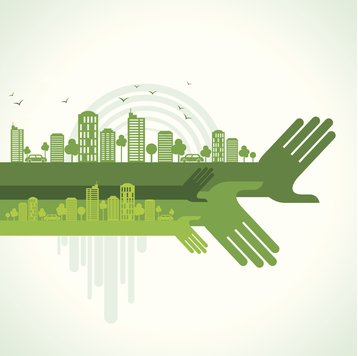 We can see this in our own, day-to-day lives. The ability of our smartphones to take a picture, make a video, or record a sound file, represents a step-change in the amount of data that we as individuals are creating from only a few short years ago. The quality of this data is continually improving due to the hardware refinements that we use to gather such data - a photo taken on an iPhone 5S with its 8-megapixel camera won’t generate as much data as the iPhone 8’s 12-megapixel camera.

And it is what we do with that data that drives the need for data centers and offsite hosting. Firstly, our iPhone picture will be uploaded to our Apple cloud. And whilst it is on there, we will be able to edit it with software tools that are simply too processor-hungry to operate on the handsets themselves. We are manipulating our data, be it a photo, a Word document, or an email, in these data centers, via our smartphones.

For this to work, symmetric upload and download speeds are essential to avoid latency - we have to be able to edit our documents in essentially real-time, from afar. As the size of the data we generate grows due to hardware improvements, so too does the size and power of the software hosted on the cloud to manipulate our data, and the bandwidth required for instant access rises with this demand. And of course, demand for data centers grows with this.

It’s about speed of access, not just the number of people connected

As of 2018, it’s estimated that, globally, just under 50 percent of people are Internet users. Taking the developed world on its own, this rises to 81 percent. In Africa, there are approximately 63 data centers on the entire continent. The UK has 264 (with more than 70 in London alone), whilst the USA leads the world. It’s obviously no coincidence that those nations with well-developed infrastructure are amongst the highest of data center populations (the energy infrastructure, and the fiber connectivity, are both pre-requisites to any local data center industry being established). This also means that it is those countries with faster bandwidth speeds that tend to have the most data centers.

China is an illustrative case study here: with its rapid expansion of data centers to serve a widening middle-class, and with the government pushing forward into digital smart cities and cashless payments, it has seen its population of data centers explode. (China’s data centers alone use more electricity than Australia did in 2018!). Yet its huge population is still, on average, running at 2.4MB per second connectivity (2018 figures). But, China is a vast country, and that average is not applicable to urban areas: Hong Kong is over 25MBp, and areas like Bejing are rolling out a gigabit network for 1GBps speeds. And China’s data centers are located in areas with the higher bandwidth capability. This is in a country of 800 million Internet users, or nearly 60 percent of its population (compare this to the USA and its 300 million Internet users).

Speed of access, therefore, not the number of users, is what drives data center use.

In 1998, Jakob Nielsen made his name by coining ‘Nielsen’s Law.’ This simply states that every year, a high-end Internet user’s connection speed grows by 50 percent. This law fits data from 1983 up to the present day almost perfectly. And what it forecasts is Internet speeds of up 40GBps by 2030. This is a growth rate of 400-500 percent from where we are today.

Interesting, data center capacity is forecast to grow by 500 percent in northwest Europe by that year as well.

This growth will be driven by technologies like 5G, augmented reality, the IoT, and the use of AI and machine learning in the cloud. At bandwidth speeds of this magnitude, in a world where machines and devices will outnumber human Internet users, it is hard to predict the web over the next decade. E-sports with virtual teams will invent new games and participative entertainment, widening inclusivity to anyone with a connection.

Certainly, energy use and environmental footprints will become a key legislative battleground, along with data sovereignty. The software tools we will be accessing in the next decade will surely reinvent industries and collaboration between peoples across the world in ways yet to be imagined.

Who can predict how this hyper-fast connected world will change our lives? And it’s not far away.