This follows Nvidia's purchase of Mellanox in April

Nvidia has unveiled two new systems which it says will minimize downtime in InfiniBand data centers by harnessing AI.

The UFM Cyber-AI and UFM Telemetry platforms follow the acquisition by Nvidia of the Israeli networking vendor Mellanox. 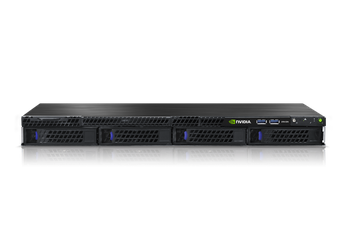 The latest additions apply AI to learn a data center’s operational and network workloads, drawing on both real-time and historic telemetry and workload data.

UFM Telemetry is a “smart” server that can capture real-time network telemetry data and stream the data onto an on-premises or cloud-based database to monitor network performance and validate the network configuration.

According to the product brochure, “the platform learns the data center’s 'heartbeat,' operation mode, conditions, usage, and workload network signatures."

“It builds an enhanced database of telemetry information and discovers correlations between events. It detects performance degradations, usage and profile changes over time, and provides alerts of abnormal system and application behavior, and potential system failures. It can also perform corrective actions.”

Nvidia's bought Mellanox for almost $7bn back in April.

A deal that was 13 months in the making, the acquisition of the networking hardware provider was announced more than a year ago but received final regulatory approval from the Chinese government.

"This is a home run deal," Nvidia CEO Jensen Huang told CNBC's, Jim Cramer. "Man, I’ve been dreaming about this."

GPU maker Nvidia beat out rival offers by Intel, Microsoft, Xilinx, and others to acquire Mellanox, whose Ethernet and InfiniBand equipment is used in more than half of the world's top 500 supercomputers.