Edge computing in the health sector

Don’t prescribe every sector with the same course of treatment 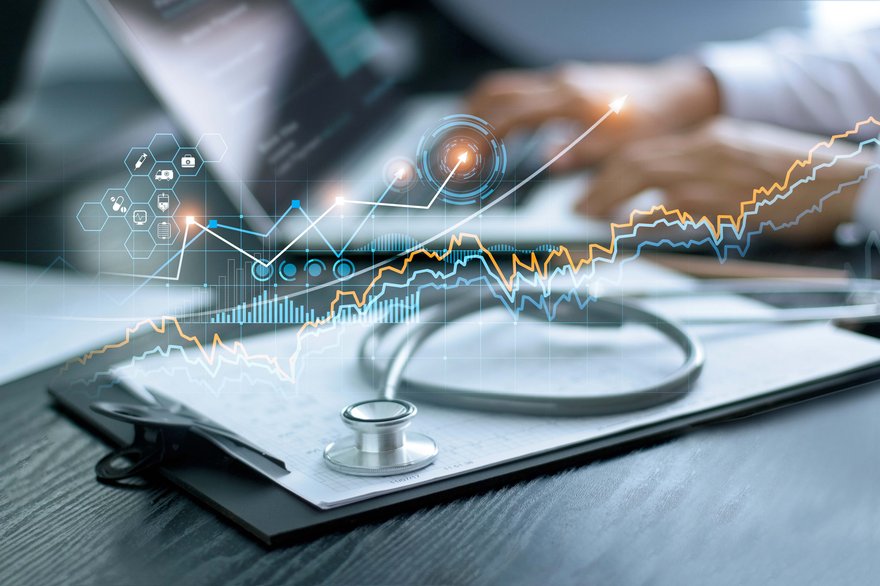 The health computing sector is suffering high data deposits and networking sclerosis. A prescription of Edge computing might help the patient pull through, but the treatment will need experts to administer it without serious side effects.

Unfortunately, the health sector is experiencing rapid infrastructure metamorphosis, exacerbated by Covid-19, which could severely impede the thought processes of any organization.

It’s a widespread problem, which has been diagnosed in many industry sectors, for instance by Digital Realty’s Data Gravity Index, which reveals that large amounts of data, stored without due care, can create stasis and resistance to change in organizations.

The patient (global computing in all sectors) has a data metabolism of 1.5 exaflops but will need to show massive levels of improvement if it can summon the extra 9 exaflops needed to process the 15 zettabytes of information that will be stored in its brain by 2024, according to Interxion’s analysis.

In short, without support, the extremities of the network may experience the IT equivalent of peripheral neuropathy.

The syndrome is particularly acute in the health sector because of two of the many reactions to Covid-19: remote working and research.

The trend for remote consultancy won’t be reversed post Covid-19. A permanent consequence of lockdown is that installations to support digital therapeutics will increase by 69 percent every year, according to Juniper Research, which projects revenues of $53.4 billion by 2025. Estimates of the projected volumes of medical research data fluctuate wildly because growth is so furious with the likes of GlaxoSmithKline building 400 petaflops supercomputers across Europe to speed drug research.

Suffice it to say that bodies such as the International Covid-19 Data Alliance (ICODA) see IT infrastructure problems, rather than data volumes, as the primary challenge to its progress, according to an ICODA seminar given in March 2021.

While private enterprises will have an ops manager and a facilities manager with well-defined roles, a hospital has IT staff who know nothing about power, cooling and comms racks.

Edge computing cannot be a universal panacea for the health sector because this is a category of service with a complicated history. And the challenges vary according to culture and infrastructure.

In the UK’s National Health Service (NHS), the management culture can be harder to reconcile than power or cooling or comms connections.

While private enterprises will have an ops manager and a facilities manager with well-defined roles, a hospital has IT staff who know nothing about power, cooling and comms racks. This is not a problem, if the service provider can manage these decisions for the client, but getting the facilities laid on is a massive initial challenge.

Just finding a place in a hospital for a small self-contained micro data center is a problem, according to one service provider we spoke to, who has worked on installing Edge IT into hospitals: “The hardest part of our Edge computing work for the NHS is finding a room.”

The biggest challenge is the time scale. An IT project leader may make an instant decision on the need for servers but suppliers can spend three months just trying to get a meeting with the right head of department. It could be the operations boss, it could be the estate manager. There is no one person cracking the whip.

In one project a hospital appointed an installer to create a local data center. The service provider advised the installer on the best options and awaited instructions while the reports were processed. At the initial consultation, the installer saw a room that was ideal for hosting a local data center. It was months later when they heard another room was allocated. Now they had to get the requisite power connected, and that took eight months. When it was all ready, the news came that the building was about to be torn down.

“At one hospital we had to walk around for ages to see if we could shoe horn something in,” said an installer who asked not to be named. “If nobody gives you a space, you have to go in the car park or the corner of a room.”

There is a general pattern of installation in hospitals: one or two big data centers (a computing site and a disaster recovery facility) with multiple discrete and informal comms rooms tucked away, each with some sort of uninterruptible power supply (UPS). There can be 200 UPS systems dotted around the hospital campus and these are hard to find and impossible to manage.

The upside is that this creates more sales for service providers; they can monitor them remotely via the inbuilt DCIM platform and bring all the information together for the client.

Providing containerized data centers that use liquid cooling, as part of an Edge computing package, solves multiple problems in the case of a hospital. Since it immerses the servers in liquid, that prevents any likelihood of dust fires ignited by overheated circuitry (dust is a major problem in the type of rooms that will be on offer in a hospital). Immersion also stops any flakes of metal from being blown onto the boards and short circuiting the computer.

In private health service providers, where the decision making is quicker, the challenge is to be sufficiently adaptable to circumstances. Care homes exemplify another aspect of how Edge Computing can solve congestion and compliance problems.

Covid-19 put a huge strain on staff in care homes, making it harder for them to find the time to keep tabs on their patients. Meanwhile, they also had to contend with new privacy laws that limited the amount of camera surveillance that could be carried out.

One solution to the problem was created at The University of Amsterdam (UoA), where Dr. Harro Stokman invented a way to use artificial intelligence to make sense of the patterns of events in each room.

The legislation restricted the time that humans can watch patients through video cameras. However, there are no such limitations on a computer and, if it is deemed intelligent enough, the machine’s judgment can be trusted on the well-being of a patient. This was the logic of Stokman’s Kepler Night Nurse (KNN) AI system which observes patients and decides if events (such as a fall) need intervention.

The problem is that the KNN system creates too much data to load into the cloud without creating huge bottlenecks and comms bills. In response, the UoA spin off company, Kepler Vision Technologies (KVT) built an Edge Box to handle all the data locally, using Nvidia’s small form factor Jetson Xavier NX module. The Edge computing node can process data locally and improve on the quality of intelligence gathered. By localizing the analysis less data is sent to the cloud to be processed.

Creating Edge computing hardware is one thing. But where will the supporting infrastructure come from?

Mobile telco industry watcher Dean Bubley, founder of Disruptive Analysis, warns that the expectations created for 5G are unrealistic, especially in regard to supporting systems that need instant response times.

“The low-latency 5G Emperor is almost naked,” says Bubley. In some cases, he concedes, the ultra-reliable low-latency (URLLC) associated with 5G could minimize network round-trip times for new apps and devices that need instant responses. “In that respect mobile Edge computing can cater to them, in the form of regional computing facilities or servers at each base station,” says Bubley.

However, there are many new applications where the latency has to be a lot better. An endoscope or microsurgery tool might need to respond to controls and send haptic feedback 100 times a second, i.e. every 10ms. Drones are being proposed for drug transport between hospitals, but these flying devices must react in two milliseconds to a control signal, or a locally-recognized risk. It’s also doubtful if 5G could offer the latency needed by photon sensors used in research, which need to operate at picosecond durations.

Fiber to the rescue?

One of the US’s answers to the infrastructure challenge is open access or competitive fiber optic network, such as SiFi Networks’ FiberCity offering. SiFi promises this allows access to multiple service providers and geographically diverse paths on a fiber optic network that gives ‘99.9999’ percent reliability.

In this model, a city-wide fiber network passes by each home and business and effectively gives each company a private network. This could create a citywide private network, secure from the Internet, to deliver data to hospitals and research bodies via high-speed symmetrical connectivity.

This would give them much less of a problem sending data over the cloud, according to SiFi Networks CEO Ben Bawtree-Jobson.

“The question is then about how much bandwidth is required and 100 percent fiber optic networks solve this problem,” says Bawtree-Jobson.

Meanwhile, Juniper Research reports that mobile players are partnering across the globe to build the mobile Edge computing infrastructure. Between them the likes of AT&T in the US, LG/Google in South Korea and the 5G Future Forum are spending $8.3 billion, by 2025, on the networking equivalent of life support systems for all those Edge systems.

So the patient’s prospects are looking better. But keep an eye on the monitors.