By
Doug Mohney, Space IT Bridge

Amazon’s July 4, 2019 license filing with the Federal Communications Commission to build its Kuiper System global broadband satellite constellation has stirred up a lot of buzz, but the company is years from putting hardware into the sky.

By the time Amazon’s first satellites reach orbit, up to four other companies plan to have their own services running and loaded with customers.

Taking up a lot of space 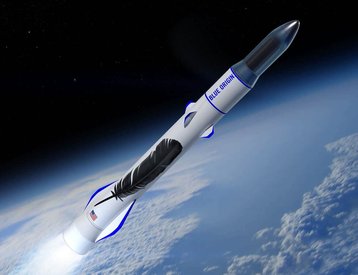 The Kuiper System will be a fleet of 3,236 Ka-band satellites at three different orbital altitudes of 590 kilometers, 610 kilometers, and 630 kilometers. It will provide cost-effective consumer and enterprise broadband services, IP transit, carrier grade Ethernet and wireless backhaul, according to Amazon’s FCC license request, and will leverage the company’s terrestrial network infrastructure to deliver secure, high speed, low latency services for customers. Service will be delivered to both fixed and mobile locations, so trains, planes, automobiles and ships will all be potential platforms that can plug into Kuiper broadband.

No matter how you slice it, the Kuiper System has a lot of work ahead to move from FCC filings to reality. Amazon needs the FCC to review and approve a license for RF spectrum, a process that will take several months, find a manufacturer or build its own factory to produce over 3,200 satellites, and then start launching satellites into orbit, plus find manufacturers or build customer equipment and Earth station gateways to route traffic between the satellite network and the rest of the world.

Kuiper commercial operations will start after Amazon puts an initial 578 satellites into orbit, with service initially available in two bands between 39 degrees North latitude to 56 degrees North latitude and 39 degrees South latitude to 56 degrees South latitude. It will require 17 launches with 34 satellites per launch to turn up initial service. At a launch per month, that’s 17 months of work just to get to initial 24x7 service in that limited area, with additional launches expanding coverage north and south towards the equator until most of the world is covered; Amazon has decided to pass on coverage of the North and South poles.

OneWeb plans to start launching over 30 satellites a time starting in the fall, while SpaceX founder and CEO Elon Musk has suggested his company may conduct six more launches by the end of the year to get a “useful” constellation in place capable of providing service to the northern United States and Canada.

Neither OneWeb or SpaceX has floated a price tag on their respective service offerings, while plenty of questions remain as to the cost of end-user ground equipment. Musk says SpaceX could start some advanced sales later this year or early next year depending on its testing and commissioning schedule, while OneWeb has made no secret it is starting to reach out to prospective customers in various vertical segments and the telecom industry for providing cellular backhaul.

It’s safe to say OneWeb and SpaceX will be offering satellite broadband to customers in some markets in 2020 with service more generally available worldwide in 2021, but they won’t be alone for long. LeoSat plans to launch its first satellites in 2020 while Telesat is in the process of selection a manufacturer for its satellites, with global service available in 2022.

By late 2021 or early 2022, Amazon should be preparing to launch its first satellites. Odds are the Kuiper System spacecraft will be sent into orbit onboard Blue Origin’s New Glenn rocket. New Glenn’s first flight is penciled in for 2021, but Amazon and Blue Origin will have to work out conflict of interest issues between publicly-traded Amazon and privately-owned Blue Origin, since Jeff Bezos started Amazon and owns Blue Origin.

Will there be enough satellite broadband customers to go around by the anticipated 2024 turn-up date for Kuiper? Certainly Amazon has said so in its FCC filing, but it sees satellite broadband as a complementary technology and tool for everything from delivering Prime video to communicating with data centers around the globe.