The new age of data is most certainly upon us, as the amount we collect from phones, computers, cars, sensors and more continues to grow at an extraordinary rate.

For the modern data center, this places greater onus on maintaining a reliable electrical infrastructure which can serve the escalating power demand.

Not to be overlooked in this is the need for a greater focus on electrical safety with manufacturers continuing to invest more in the safety of their products to protect people from the risk of exposure.

The world’s data volume is increasing rapidly. By some estimates, the current rate of creation is doubling the world’s data every two years, a pace expected to increase so much so that by 2025 the amount of global data will double every 12 hours. 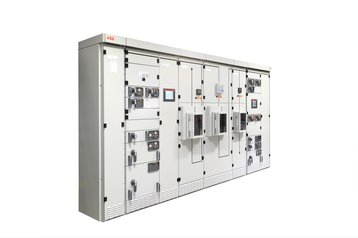 Naturally, this is having a massive impact on the modern data center as it evolves to accommodate hyper-scale computing and fulfill new demand arising from technologies such as Artificial Intelligence (AI) and the Internet of Things (IoT).

While most computers and other key technologies are getting smaller, the data center is, in contrast, getting considerably larger as providers expand their energy infrastructure to deliver more data, faster and more flexibly than ever before.

One of the most pressing issues not to be overlooked in all of this though, is the need for heightened electrical safety standards.

Of course, most data centers host billions of dollars in data, meaning that even the smallest issue can equate to colossal losses.

Therefore, in the worst case scenario where a mission-critical repair is needed, one of the main priorities has been getting the job done as quickly as possible to minimize costly downtime and any impact to operations.

However, more than ever data center companies are coming to realize that safety excellence is imperative to achieving this while reducing operational risk.

There are various reasons for this. On the one hand, as data centers have evolved in size, complexity and importance, so too has the potential of exposure – a risk which must be accordingly managed.

While most computers and other key technologies are getting smaller, the data center is, in contrast, getting considerably larger as providers expand their energy infrastructure to deliver more data, faster and more flexibly than ever before ABB

Alongside this has been the ongoing furore around ‘hot work’ – the practice of working on energized electrical circuits to reduce the possibility of a downtime incident during maintenance.

While once a hugely contentious issue within the data world, recent years have seen mounting regulation, heightened safety concerns and increased financial risk (through both fines and lawsuits) result in this practice being gradually eliminated by many leading economies.

There is also the changing work dynamic to consider. While those working in electrification 20-30 years ago were typically specialists in the data field, who occupied the same role and used the same machinery for many years, today’s market is much more fluid, with workers tending to shift between companies and roles. This affords a greater margin for human error.

Together, the result is a greater focus on the solutions which can help better protect personnel working on or near electrical equipment in the data center – all while optimising efficiencies.

The good news is that manufacturers and producers continue to introduce new technologies to help in this.

Take, for example, the latest generation of switchgear. Inherently, the chances of a switchgear failure happening may be minimal. However, because the potential impact could be devastating in terms of the risk to human life, it is a safety concern which must be managed very carefully.

In response, the next generation of NeoGear technology from ABB has been purposely designed to elevate safety standards ready for the future of electrical distribution.

In summary, NeoGear features a fully encapsulated and insulated bus plate design in a breakthrough laminated technology – previously used only by the automotive and aerospace sectors – resulting in an unprecedented level of safety with no exposure to live parts.

Most data centers host billions of dollars in data, meaning that even the smallest issue can equate to colossal losses ABB

It also enables an arc ignition protected zone, keeping maintenance personnel safer when performing routine works and repairs, while also reducing the risk of arcs caused by mechanical failures – one of the most serious safety risks that switchgear operators encounter.

To put this into context, even if a screwdriver falls into the busbar area during maintenance work, it would be a remote possibility to ignite an arc.

Adding to its safety credentials, it has 90 percent less electrical joints than traditional systems. As reductions in electrical joints in switchgear proportionally increases reliability, this provides even greater integrity in line with overall safety measures.

The electrical safety mandate isn’t new. But for the data sector, the ongoing data volume increase and the escalating power demand needed to serve it, has brought it into much sharper focus.

As such, with providers seeking to upscale their infrastructure to deliver more data faster than before, it becomes more important to achieve this with a greater focus on delivering electrical safety excellence through innovation. In this way, we can ensure the emerging new age of data is a safer one.