Make the Edge whatever you want it to be

How EdgeConneX is exploring the global Edge

The Edge is something of a buzzword in the data center industry. Despite this, we still cannot really agree on exactly what it is. Is it a location, or a number of MW?

In one of our recent DCD>Talks, we sat down with Philip Marangella, CMO of EdgeConnex to talk about the company’s relationship with the Edge.

“The Edge wasn’t cool. It wasn’t popular, and we were ridiculed for it. But we were kind of ahead of our time. Markets like Portland, Las Vegas, and Detroit have subsequently scaled significantly in Edge. It’s top of mind for everybody now.

Yet, despite these campuses being hyperscale, Marangella argues that they remain ‘Edge’ facilities. This seems counter-intuitive – we might fail to have set requirements for the Edge definition, but instinctively it is understood to be as close to the opposite of hyperscale as possible. Marangella’s workaround? It all depends on whose opinion you rely on.

“People often ask me, how do you define the Edge? I don't, it's the customer. 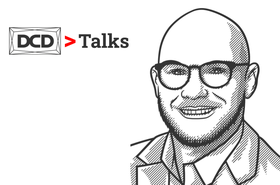 DCD>Talks Edge's past, present and future with Philip Marangella, EdgeConneX

George Rocket sits down with Philip Marangella, CMO of EdgeConneX about everything Edge: its past, present and future

“The form factor doesn't matter to us. The Edge is defined by you. And it's both literal and figurative. It's driven by customer requirements and user experience. So yes, it could be a hyperscale campus in Amsterdam, or wherever they need it.

“It's not that there's an abandonment of the Edge, you're actually seeing the Edge continue to scale out. It's having the spectrum of core-to-Edge capability.”

Let’s face it, during the pandemic and after, we have all been relying on the internet far more.

Watch the full interview now for a deeper look at the Edge and the markets EdgeConnex is looking to explore.

More in The Edge Computing Channel