Alibaba shares low carbon patents, and promises to use clean energy by 2030

Alibaba Group has joined the Low Carbon Patent Pledge (LCPP) and promised to share energy efficiency patents, while announcing plans to run its data centers on clean energy by 2030.

Alibaba will make nine data center efficiency patents available for free, under the Low Carbon Patent Pledge (LCPP), an international agreement already signed by HPE, Microsoft and Facebook (Meta), among others. Meanwhile, Alibaba Cloud will begin a move to clean energy with upgrades to five hyper-scale data centres in China. 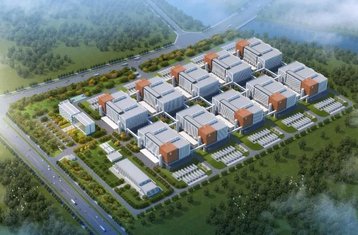 The LCPP was launched on April 22 (Earth Day) in 2021 by HPE, Microsoft, and Facebook, and later joined by JPMorgan Chase and Micro Focus. The Pledge requires signatories to share significant patents relating to low carbon technologies.

The nine patents put up by Alibaba include a non-mechanical "soaking server" cooling system, deployed in Alibaba Cloud data centers since 2015, which Alibaba claims saves over 70 percent of energy compared to traditional mechanical cooling.

“We believe technology innovation is a key driver in transitioning to the low-carbon circular economy of the future," said Dr. Chen Long, Vice President of Alibaba Group and Chair of Alibaba’s Sustainability Steering Committee. "We are excited to join the pledge as a way to encourage a collective approach to building a sustainable and inclusive future for society and the environment through open collaboration, joint innovations, and mutual inspiration.

Professor Jorge Contreras of the University of Utah, an academic expert on patent pledges, commented: “The addition of these companies strengthens the Low Carbon Patent Pledge and reflects the reality that all sectors of industry can contribute to the effort to accelerate the transition to low carbon energy sources.”

Alibaba Cloud’s Zhangbei data center also uses immersion cooling, and is the first facility in China to use heat-pump technology.

In its announcement, Alibaba Cloud predicts that liquid cooling will become a new standard, throughout China and in other countries.

As it moves towards clean energy Alibaba is using carbon management tools, pumped-water storage, and energy trading schemes to help deliver a stable energy supply based on "fickle" renewable energy sources like wind and solar.