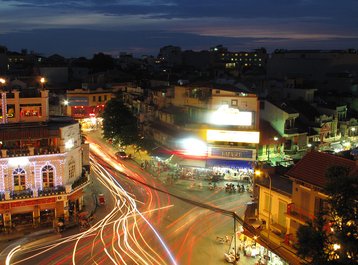 CloudFront is AWS’ Content Delivery Network (CDN) service; the network has more than 310 Points of Presence (300+ Edge locations and 13 regional mid-tier caches) in more than 90 cities across almost 50 countries.

AWS Global Accelerator is a global traffic management service designed to find the optimal pathway to the nearest regional endpoint.

Hanoi was previously listed as one of the cities AWS plans to launch a Local Edge Zone in at some point over the next couple of years. The company launched its on-premise OutPost service in the country last year.

None of the large hyperscalers have announced any plans for a dedicated cloud region in Vietnam, though Gaw, CMC Telecom, Vittel, and NTT are all developing large facilities in the country within Ho Chi Minh.