Company says it will invest US$5.3 billion in the country

Amazon Web Services has announced plans to open a new Cloud Region in New Zealand in 2024.

“The new AWS Asia Pacific (Auckland) Region will enable even more developers, startups, and enterprises as well as government, education, and non-profit organizations to run their applications and serve end-users from data centers located in New Zealand, ensuring that customers who want to keep their data in New Zealand are able to do so,” the company said. 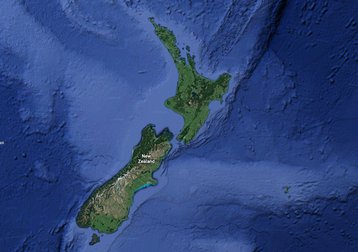 AWS said it will be investing NZ$7.5 billion (US$5.3 billion) in the region, creating around 1,000 jobs. It claims the new infrastructure will have an estimated economic impact on New Zealand’s GDP of NZ$10.8 billion (US$7.7 billion) over the next 15 years.

AWS’ most significant infrastructure investment in New Zealand prior to this announcement was buying capacity on the Hawaiki cable system which runs from the US to Australia via New Zealand, American Samoa, Pacific Island, and Hawaii. It has also launched two Amazon CloudFront edge locations and AWS Outposts in Auckland.

“It’s fantastic to see AWS investing and developing their capabilities in New Zealand,” said Michael Bullock, CIO of ANZ New Zealand and Pacific. “Our tech sector is world-class, and this sort of investment is a great step toward providing New Zealand with greater technical resilience and opportunities for innovation.”

Microsoft is currently developing its own New Zealand Azure region. Google recently launched a new Point of Presence in New Zealand following the opening of a new GCP region in Melbourne, Australia.