The move could enable BDx to continue an ambitious expansion program during a moratorium on new data center projects in Singapore. The partnership currently plans to develop a proof of concept. 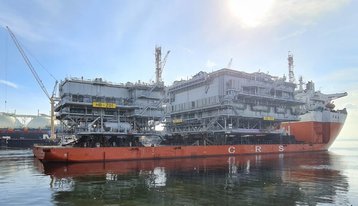 Floating an idea for capacity

Singapore currently supplies around 60 percent of data center needs in the Asia Pacific region, according to BDx; but the city-state has limited land space and renewable energy. Estimates generally put data center demands at around seven percent of the country's electricity consumption - a figure made higher by the fact that data centers need expensive cooling in Singapore's humid, tropical climate.

The country has operated an "implicit" moratorium on new data centers for some time, leaving the sector to rely on expansion projects. BDx, for instance, bought its first facility on the island, SIN1, from Australian telco Telstra in 2020, and plans to expand it from its original 3.6MW capacity up to 14MW.

The announcement could allow BDx to build more data centers, which use less electricity, as they can use efficient indirect cooling with seawater. The three bodies propose to produce a prototype proof-of-concept ocean data center, but have not given any delivery dates.

Sembcorp marine makes offshore platforms, including oil rigs- but has also provided platforms for clean energy projects such as the Hornsea Two wind farm in the North Sea.

The National University of Singapore’s Faculty of Engineering (NUS Engineering) will provide a cooling system, along with efficiency metrics. The release suggests that the facility could also be powered using tidal or wave energy from the seawater.

“Advancing the sustainability goals of our customers and uncovering new innovative ways to bring sustainability to the data center industry is becoming increasingly important for BDx,” said Braham Singh, BDx CEO. “We have an ongoing commitment to this initiative, and we’re proud to work with NUS Engineering and Sembcorp Marine to begin the important work of creating a more sustainable future for our industry.”

As a leading global university, NUS is committed to developing solutions that promote environmental sustainability across different areas, including developing innovations for green data center operations.

Associate Professor Lee Poh Seng from the NUS Department of Mechanical Engineering said: “We are pleased to study the feasibility of deploying our patented liquid cooling technology for this exciting development of offshore data centers that could be powered and cooled using seawater, the world’s most abundant resource. We look forward to working with BDx and Sembcorp Marine to bring about tangible benefits for both the digital economy and the environment.”

Singapore-based Sembcorp Marine says it is "committed to sustainability" and has been reducing its own carbon footprint. However, much of its customer base doesn't have that goal - it makes a lot of oil drilling platforms - alongside other projects.

“With growing awareness of climate change and a paradigm shift in energy consumption towards renewable sources, it is imperative for organizations to collaborate with one another and think out of the box to advance sustainable solutions and business models,” said Wong Weng Sun, Sembcorp Marine President and CEO. “Leveraging our innovative design expertise for the offshore, marine, and energy industries, Sembcorp Marine is excited to partner BDx and NUS Engineering to contribute to the sustainable evolution of the data center industry.”