Cracking the green conundrum in Singapore, amid a data center moratorium

Will Singapore lift its ban on new data centers soon? 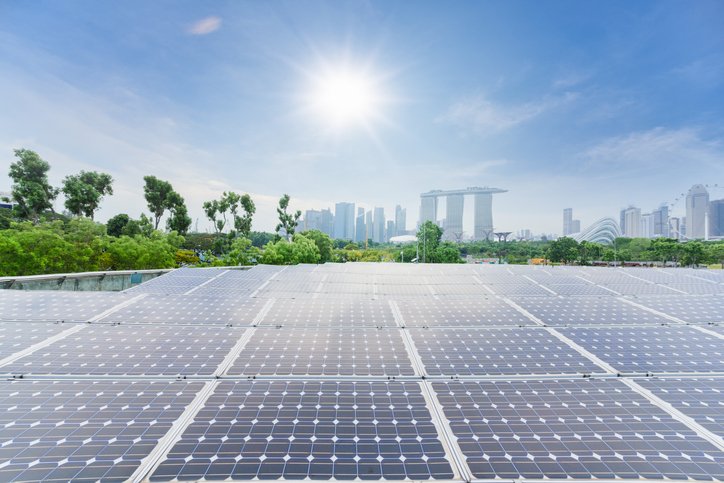 Going green in the tropics is no walk in the park. But with the massive power draw from its many colocation facilities, land-scarce Singapore has its work cut out for it. According to the latest available data published in 2014, data centers already consumed seven percent of the electricity consumption of the entire country.

In the intervening years, dozens more data centers have been planned or built, including multi-story hyperscale facilities topping 50MW and 150MW. As cloud giants, telecommunication firms, and multinational corporations seek to better leverage the data center gateway to expand in Southeast Asia and beyond, demand can only go up.

While sustainability is a growing priority around the world, it is felt much more acutely in the island city. Details are still being worked on, but Prime Minister Lee Hsien Loong had warned that safeguarding the country against floodwaters and rising sea levels would be a mammoth undertaking costing upwards of SG$100 billion (US$75 billion) over the next 100 years. 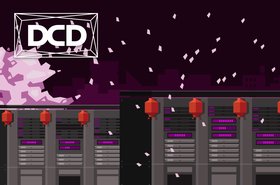 And tropical weather aside, Singapore needs to up its effort to address green challenges – a report by Bloomberg last year noted that while the city-state has 0.0005 percent of the world’s land, it contributes around 0.11 percent of global emissions. To tackle the daunting challenge of slashing its carbon emissions, Singapore imposed a moratorium on new data centers in 2019, which DCD wrote about at the time.

Since then, no new data center projects appear to have been approved other than the joint venture by Singapore Press Holdings (SPH) and Keppel Corporation to develop and run a new data center within the former’s premises at Genting Lane.

While officials had kept mum previously, the Economic Development Board (EDB), Infocomm Media Development Authority (IMDA), and JTC Corporation (JTC) recently issued a terse joint statement in response to a query from local broadsheet The Business Times in November that publicly acknowledged an implicit moratorium for the first time.

According to the statement, the agencies are “working with the industry to grow the vibrancy of, and expertise in Singapore's tech ecosystem” and that relevant authorities will be conducting regular reviews of data center-related policies and working on the sustainable growth of data centers in the country. (The Business Times is a publication of SPH).

Why a moratorium, and what plans does Singapore have to enable sustainable growth of data centers? The top-down approach to policymaking in Singapore means that it is rare for officials to give interviews or speak beyond official announcements, even off-the-record. However, recent initiatives and announcements since the moratorium offer a good idea of the strategy.

One prong of the plan would be to eke out as much renewable energy as possible. For a start, Singapore wants to increase its solar capacity by more than seven times by 2030, bringing it from seven-fold to a 2-gigawatt peak (GWp). To do this, it is focused on maximizing the deployment of solar panels onto available surfaces, including on vertical surfaces of buildings, reservoirs, and even offshore sea space.

To ensure that renewable energy is taken up, the national water agency the Public Utilities Board have already signed a 25-year power purchase agreement (PPA) for a 60MW floating solar plant planned at Tengeh Reservoir. Elsewhere, Facebook has signed a 100MW PPA to buy rooftop solar power – the latter is currently building a $1 billion 150MW data center that is scheduled to commence operations in 2022.

But even blanketing the entire island and its surrounding seas with solar panels isn’t going to move the needle enough to reduce Singapore’s carbon footprint. But what if it can import energy produced from renewable sources from outside its borders? 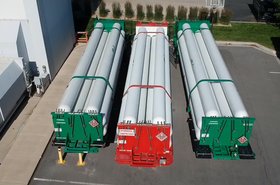 Could hydrogen kill off diesel?

Microsoft ran 10 racks on a hydrogen fuel cell for 48 hours. Here’s what comes next

On this front, Singapore regulator Energy Market Authority (EMA) says it plans to issue a Request for Proposal (RFP) by March next year to import 100MW of electricity from Malaysia. It is hoped that the trial period of two years will allow Singapore to figure out how the market works and identify technical challenges.

Separately, an audacious commercial project hopes to pipe in renewable energy from Australia from an enormous 10-gigawatt solar farm to be built in Australia. While there are substantial barriers to this, least of which the reliability and cost of an undersea transmission network spanning 4,500km, it is hard to see Singapore not giving it serious consideration.

Finally, Singapore is also trying to develop its know-how around hydrogen as a fuel source for data centers. Keppel Data Centres Holding and Mitsubishi Heavy Industries Asia Pacific last year inked an MoU to jointly explore the implementation of a hydrogen-power plant concept for data centers in Singapore. (Keppel Data Centres Holding is owned by listed firm Keppel Corporation, of which sovereign wealth fund Temasek Holdings is a substantial shareholder). 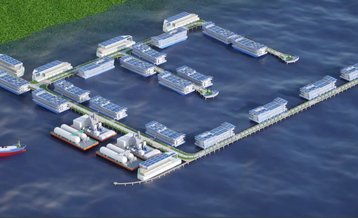 While hydrogen as an energy source burns cleanly, its environmental impact depends on how it is produced. But if the technology and infrastructure to harness hydrogen in data centers can be developed, then this opens the door to shipping in hydrogen as fuel from other countries where they can be created using renewable energy sources.

Another prong of the strategy is to have data centers run much more efficiently. Though this is hardly a new endeavor, a lot of the work around achieving low PUE in data centers tend to be around harnessing the inherent advantages of cooler climates, with less focus on challenges around tropical climates.

To get around it, the then Infocomm Development Authority of Singapore (IDA) announced a trial in 2016 on a tropical data center. The objective was to convince CIOs and data center managers that temperatures can be increased in tropical humidity without harming performance or reliability. Though the start was delayed initially, it is understood from various sources that the trial was successfully completed.

A different study in 2017 explored the possibility of building a data center more than 20 stories high. Though the primary goal is to save land, a secondary objective entails exploring the use of innovative architecture and internal design elements of a high-rise data center to potentially reduce energy use or increase efficiency. It is not clear what came of it.

Aside from seawater, another way to cool data centers is to harness the cold energy released during the re-gasification process for liquified natural gas (LNG) to cool data centers. Singapore ships in a significant amount of its energy requirements through LNG, and this cold energy is currently disposed into the sea. To harness this energy, a suitable thermal energy carrier is being evaluated by National University of Singapore (NUS), Keppel Data Centres, and Singapore LNG Corporation (SLNG).

Putting it all together

Hydrogen, solar power, using cold energy, and energy efficient data center designs are all great. But putting them together in the context of a production data center is another ball game entirely. In November last year, Singapore's CapitaLand, SP Group, and Sembcorp signed an MoU to study use of integrated energy for data centers with CapitaLand’s newly refurbished data center as the first pilot facility.

Presumably, the learnings will be used to advance the knowledgebase to build green data centers that can harness the various technologies being developed, and then distilled into guidelines for sustainable designs for future facilities.

Connecting the dots, it is clear Singapore is playing the long game with a practical, multi-pronged approach to harness renewables and increase energy efficiency in data centers. Given time, the needed technology breakthroughs, and proper guidelines, and it can double down on its position as a data center hub in Asia – and with sustainability in mind. As a bonus, many the expertise can also be exported to other countries facing similar challenges, effectively paying for itself.

On the other hand, time is not on its side. Innovation takes time, and the clock is running, hastened by an unexpected and long-running pandemic that has sharply increased global digital demand. While colocation providers have sought to minimize the impact of shrinking colocation vacancy in Singapore, cost per kilowatt (kW) have been inching up. The waitlist to build new data centers is growing, while some have altered plans to build new data centers in neighboring countries.

When will the moratorium on new data centers lift? If anything, the multiple initiatives by government agencies and Government-linked corporations show that Singapore is far from dismissive of its data center section. But if the country wants to maintain its edge as a regional digital hub, it will need to hasten its plans and regain the momentum.