Inpe said lack of funds meant Tupã supercomputer would have to be turned off, new replacement system will be more energy-efficient

Brazil’s National Institute for Space Research (Inpe) has announced it will be receiving a new supercomputer days after saying it might have to turn its current system off due to a lack of funds.

Last week Inpe said it might have to shut down its Tupã supercomputer in August due to a shortfall in funds. Local press said this year Inpe received its lowest budget in history; the federal government has provided the institute with R$76 million (US$15.1 million) – almost a fifth of its 2020 budget – with only R$44.7 million (US$9 million) being released so far.

Installed in Cachoeira Paulista in São Paulo in 2010, Inpe uses the Cray XT6 system to make climate forecasts. Tupã costs around R$ 5 million (US$1 million) in energy per year for operation and cooling.

As a result of the shortfall, Inpe director Clézio di Nardin said parts of the system would have to be shut off, along with the organization’s integration and testing lab. Inpe warned the switch-off would make it difficult to monitor fires, droughts, and climate change in the country. 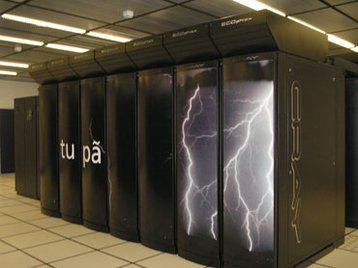 Inpe had been forced to reduce its Internet and telephony contracts, cleaning and maintenance services, suspend funds for payment of research publication and stop payments of 100 scholarships for researchers working at the institution. The Brazilian Space Agency had to intervene and send around R$900,000 (US$180,000) as an emergency fund as the cuts were impacting the launch of the Brazilian-made Amazônia I satellite.

However, in an about-face, Nardin said this week that Inpe had bought a new supercomputer. Tupã will be replaced with a smaller but equally powerful system that is more energy-efficient. He added the new system will cost US$729,000 and should be delivered within 50 to 60 days.

“Tupã is already very old, consumes a lot of energy, uses water for cooling, it's already outdated,” he said. “And this new computer will replace it with operational advantages, advantages of energy and other advantages within the system.”

Details or specifications of the new system were not shared.