The company said last week that it has invested C$20 million (US$15.7m) in a new core network facility. 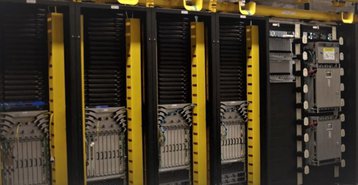 Construction on the 13,000 square foot (1,200 sqm) purpose-built Halifax facility began three years ago. The facility - which will host data, as well as distribute and back up Eastlink’s Internet, phone, and TV services to residential and business customers - features backup systems, redundancy, and the ‘ability to grow with the company for many years to come.’

"We built this facility not only to address growth in our national customer base and the current need for ever-increasing capacity but also in anticipation of future growth," said Jeff Gillham, CEO Eastlink. "We've always taken a proactive approach to investing to ensure our customers get the quality and stability of service they deserve and expect."

Eastlink said it has invested C$880 million (US$690m) over the last five years in building, maintaining, and upgrading its fiber-based and mobile networks, systems, and services across its Canadian footprint.

"Over the past several years, particularly during the pandemic, internet usage has grown exponentially," said Steve Irvine, VP engineering and CTO at Eastlink. "Our Internet offering has been strong and we want to keep it that way through investments that will ensure the long-term reliability of our network. This significant infrastructure project reflects our ongoing commitment to further strengthen the resiliency of our core services."

A spokesperson for the company told Huddle that the facility’s heat, ventilation, air conditioning, and aisle containment systems use “substantially less power” compared to older facilities.

The privately held company was founded in Nova Scotia in 1969 by the Bragg family, which still controls the company today.