The company has also hired Andrew Fowler, an industry veteran with 30 years of experience - including positions at Cologix and Peer 1 - to lead its sales operations in Western Canada.

“eStruxture is experiencing an exciting and rapid period of growth,” Fowler said. “I am thrilled to join the team as we enable our clients to meet their objectives for highly resilient, industry-leading density, and network neutrality in the data center.” 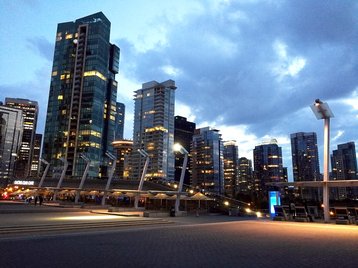 The business is headquartered in Montreal, and the city hosts three of its data centers. The first (MTL 1) was acquired with the purchase of Netelligent Hosting Services in 2017, and expanded recently. The second (MTL2) is located in the former printing facility of The Montreal Gazette, while the third (MTL3) was previously owned by local colocation provider Kolotek.

The site has just completed a number of upgrades, which add 1MW of power capacity and nearly double the available white space. Physical security features have also been improved.

eStruxture notes that the facility can support power densities of up to 30kW per cabinet – whereas a typical data center can only power an average of 5-10kW of IT per cabinet – making it suitable for demanding 3D rendering workloads.

“At eStruxture, we are dedicated to our customers’ success, and pride ourselves on the ability to scale space and power quickly based on current demands,” said Todd Coleman, president and CEO of eStruxture.

“As a leading data center market in Canada, Vancouver serves as a powerful hub for enterprises to grow and house their mission-critical infrastructure. For the media and entertainment industry, in particular, we see a huge opportunity and are proud to be the data center of choice for many post-production and visual effects studios across the city.”