i3 and EYP promise a net-zero roadmap

Consulting engineers get the band back together

Consulting engineers EYP Mission Critical Facilities have teamed up with i3 Solutions Group to develop a roadmap for net-zero data centers.

The companies aim to help eliminate greenhouse gas emissions associated with data centers by 2030, and first steps towards achieving this goal will be by using clean power generated onsite at facilities, and sharing backup power to support the local electricity grid, spokesmen told DCD. 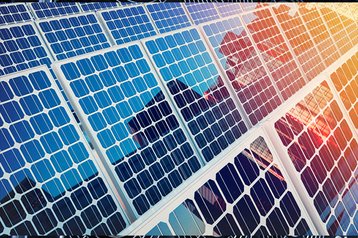 "We've known for years about efficient cooling. That’s been solved," said Ed Ansett, Chairman of i3 Solutions Group. "But data centers have kept getting larger. If you are burning more and more energy, you need to think about where that energy is coming from."

Because of country-by-country variations, de-carbonizing data centers will be complex, said Ansett: "The fuel mix varies tremendously country-by-country. Ireland has a high proportion of renewable power mostly from wind, while Indonesia is still using dirty power from fossil fuel. It's not just the fuel mix, but the regulatory environment: can you export energy to the grid? Each country has its own regulations. So there are multiple dimensions: geography, fuel mix, regulations, and the technologies available, which range from nascent to fully mature. I don’t see a one-size-fits-all answer to this. "

To take one example, data centers could become involved in a new hydrogen economy: "This could be a massive contender to near zero, but we aren’t going to jump into hydrogen overnight," said Ansett. "There are massive issues of transport and production."

Batteries are another concern: "People see lithium-ion batteries as a panacea, but there there are renewable issues with them, and newer technologies which may even surpass lithium-ion."

The sector is conservative, said Yigit Bulut, CTO of EYP: "The industry still has the same relative constraints we have always had. We have to worry about reliability. We have to do things in our infrastructure now, which lay the foundation for where we need to get a few days down the road."

Ansett welcomed the European Climate Neutral Data Center Pact, under which operators have promised to achieve climate neutrality by 2030: "This is a step in the right direction," said Ansett, "but I don’t know if self-regulation is enough. You need a mandate."

The move reunites old colleagues, as Ansett was previously managing director of EYP from 2004, remaining through the company's acquisition by HP (now HPE) in 2008, and leaving to set up i3 Solutions Group in 2012. In 2018, private investors bought EYP from HPE, forming an independent 50-strong engineering firm. "We're getting the band back together, joked Ansett.