The upcoming facility - called NBO1 - will be located in Karen, a suburb of Nairobi situated around 10km (6.2 miles) from the city center. 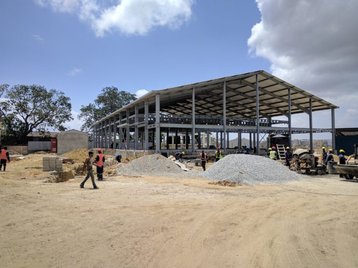 Once completed, the site will host more than 250 racks across 624 square meters of white space, and will be able to support up to 825KW of IT load.

The entire facility will be concurrently maintainable, and Icolo.io guarantees 99.999 percent uptime on power.

NBO1 is Icolo.io’s second Kenyan data center, following the construction of its Mombasa facility. It became the country's first carrier-neutral data center when it opened in 2017.

“With the announcement of the build of our second data center in Kenya, we reaffirm our resolution of making Kenya a major convergence point in data communication in Africa. With this sizeable investment, NBO1 will be Nairobi’s first true carrier and vendor neutral data center with scale,” said Ranjith Cherickel, founder and CEO of Icolo.io.

“NBO1 will be at the center of Silicon Savannah and it’s a fantastic opportunity for our talented ICT professionals to build scalable infrastructure in and around the region. This places Kenya at the heart of Digital Africa” he added.