Keppel Corporation has folded one of its subsidiaries into itself and transferred ownership of one of its data cetners. 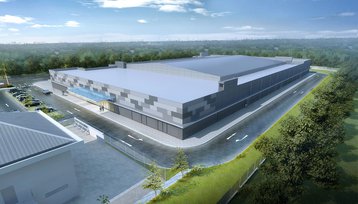 JPL was a subsidiary of CDCPL and holds shares in the capital of Keppel DC Malaysia 1 Sdn. Bhd., which owns and operates a data center for a third party in Johor, Malaysia.

Keppel Data Centres Holding and Alpha DC Fund announced in 2018 that the two companies had agreed to develop and operate a greenfield data center for a third-party customer in the State of Johor, Malaysia.

Sat on 261,000 sq ft (24,250 sqm) of land, the build-to-suit facility was set to have a gross floor area of 100,495 sq ft (9,335 sqm) with “Tier III equivalent” specifications. The facility was expected to be completed in 2020 and fully leased to a single customer, reportedly a cloud provider and rumored to be Microsoft.

The customer in question had the option to buy back the data center within an agreed period, Keppel Corporation said at the time.

This week’s deal sees Keppel acquiring data it already indirectly owned via several subsidiaries. JPL’s former owner CDCPL is itself a joint venture between Keppel Data Centres Holding and Alpha DC Fund, both of which are part of the Keppel group.