A Dutch Housing Minister has announced that he intends to prevent the development of the Meta data center proposed in Zeewolde, Flevoland, Netherlands.

This is the latest development in the obstacle-ridden path faced by Meta (formerly known as Facebook) in its plans to develop in the Netherlands.

Despite the Zeewolde council approving the zoning change and plans for the data center, it is currently prevented from being built as part of the land intended for the Meta data center belongs to the government, which announced new and stricter rules for hyperscale developments. 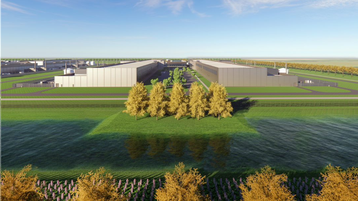 It is on the back of this, Minister Hugo de Jonge, who is the current Minister of Housing and Spatial Planning and former Deputy Prime Minister of the Netherlands, is hoping to prevent the development from going through.

“It is our land and we have put conditions on its sale. It is highly questionable whether Zeewolde will be able to meet this requirement,” Do Jonge said. “I think the Netherlands is too small for those very large data centers.”

These preconditions will focus on the sustainability of facilities, including the "infrastructure, sustainable energy, water, spatial integration and diversification of the economic ecosystem" according to an amendment made by GroenLinks (GreenLeft), Party for the Animals, 50Plus, and JA21.

The development of hyperscale data centers is controversial due to the high energy usage of the facilities, and arguably minimal benefit to local communities. The Meta data center proposed will consume 200MW and take up 166 hectares, while providing only 400 jobs to locals upon completion.

In June 2021, the Dutch province of Flevoland, where Zeewolde is located, announced it would halt data center developments for an unknown period of time. The Meta data center was able to continue plans as it was approved, prior to announcing the company’s identity and before the introduction of the moratorium.

The Facebook/Meta data center was dealt another blow with the recent Zeewolde election results. The Leefbaar (Livable) Zeewolde political party doubled its council seats to 10, making the party big enough to hold a one-seat majority on the city council.

Party leader Tom Zonneveld puts this success down to the party's opposition to the Meta data center. Zonneveld has said, after the party win, that they "can at least let the members of the Senate know that Zeewolde has started to think differently about the data center."

There are hopes among the council that the issues with these permits will prevent the data center from going ahead.

The Netherlands has a whole has announced it will impose stricter rules for hyperscale data centers - and has banned new projects for nine months, while the new rules are worked out. That ban does not impact Meta's Zeewolde development, or others in the country such as Google's Groningen project.

Meta currently has three European data center campuses in Sweden, Denmark, and Ireland, and has recently announced plans for a facility in Spain. The social media firm has also bought land in the Esbjer region of Denmark with a view to potentially build a facility.