Actual mining, that is, not crypto

AWS will provide data analytics and machine learning capabilities, while Azure will host the company's core global applications portfolio, including 17,500TB of data.

The company said that it will move out of regional data centers as it shifts to the cloud. 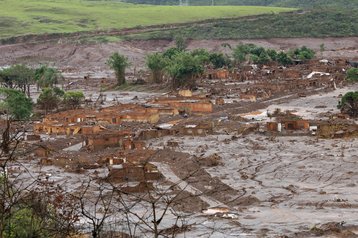 “Digital technology is in everything we do at BHP, from how we connect to our customers and partners every day to how we extract and find resources more safely and sustainably,” BHP CTO Laura Tyler said.

“We are leveraging next-generation technologies like cloud, machine learning, and data analytics to solve complex business problems and unlock value even faster.

A study of carbon dioxide and methane emissions from 1751–2010 found that BHP was one of the just 90 companies that produced two-thirds of global greenhouse gas emissions.

BHP, which came in at number 19, has also been linked to local environmental disasters, including the Bento Rodrigues tailings dam collapse, the worst disaster in Brazil's history.

In its country of residence, Australia, the company has been linked to aggressive lobbying to scrap carbon taxes.

"Regulation, litigation, and shareholder actions targeted at the private entities responsible for tobacco-related diseases played a significant role in the history of tobacco control; one could imagine comparable actions aimed at the private entities involved in the production of fossil fuels, particularly insofar as some of the entities included in this analysis have played a role in efforts to impede legislation that might slow the production and sale of carbon fuels," the emissions study said.

Cloud companies like Amazon and Microsoft have all called for more action to fight climate change, and have invested heavily to reduce the emissions of their data centers.

Microsoft Azure works with Exxon, Shell, Halliburton, Total, and many others. Amazon also chases similar deals, through its AWS for Oil & Gas division, and serves both BP and Shell.

Rival Google last year said that it would no longer develop custom AI/ML solutions to facilitate upstream extraction, but continues to work with Chevron, Total, Schlumberger, and BP. It also entered into a partnership with Saudi Aramco to open data centers in the Middle East.

More than 2,300 Google employees have called for the company to end fossil fuel contracts.

In 2019, 8,700 Amazon employees asked for the same ban on fossil fuel deals. The company responded by updating its internal policies to ban employees from speaking out about its climate initiatives without seeking corporate approval.

Despite the threat of losing their job, more than 350 employees have since publicly petitioned the company to drop oil and gas contracts.

At Microsoft, a small number of employees have also protested, in 2019 holding “No Azure For Oil" signs outside its corporate headquarters during a wider global climate strike. At an all-staff meeting, an employee asked CEO Satya Nadella about the ethics of supplying companies actively helping destroy the planet, AP reports.

“There’s no fossil fuel CEO who sits there and says, ‘You know, I’m just gonna deny climate change,‘” Nadella replied, according to employees who were there. “If anything, they’re all saying, ‘Let us have, in fact, the regulation, the pricing mechanisms that get us to this future.’”