OVHcloud plans to expand in the Asia Pacific region, with a second data center in Sydney, Australia, and by doubling the capacity of its Singapore data center.

The European cloud provider says the expansion will be a key asset to serve its global growth strategy, which now totals 32 data centers. With the new data center in Sydney, Australia, the APAC region now makes up three data centers of its global network – two in Australia, and one in Singapore. 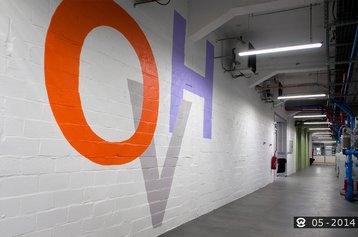 In Singapore, OVHcloud will occupy another floor in addition to its current level at its existing facility. While the facility was not named, it is believed to be the Telstra data center at 110 Paya Lebar Road, which was acquired by Hong Kong firm Big Data Exchange (BDx) last year. OVHcloud previously launched its public cloud offering from this facility in early-2019.

After setting up its APAC regional headquarters in Singapore in late 2019, OVHcloud moved to a new Singapore office in November last year at Paya Lebar Quarter (PLQ), which is just down the road from 110 Paya Lebar Road.

OVHcloud says it will continue to hire across the region over the year to keep up with its growth, and currently has openings in Singapore, Australia, and India.

“As APAC’s digital transformation capital, Singapore remains a key market for OVHcloud. The initiatives we have announced are a significant step forward to create new value in the Singapore market and are also in line with OVHcloud’s global strategy of becoming a leading cloud provider,” said Michel Paulin, chief executive officer of OVHcloud.

“We are confident that our unique European offering of allowing customers to retain control over their data through our open, reversible cloud will be key in taking advantage of the many opportunities the region has to offer,” he said.

OVHcloud says it will be launching a series of new solutions designed to better support the digital transformation of business organizations. The upcoming solutions will be available in Singapore and in the Asia Pacific region.