Investment fund now has another 40MW of capacity in Europe

Investment fund IPI has doubled its European data center holdings, with the purchase of DigiPlex, a Nordic operator with some 40MW of capacity.

DigiPlex has eight data centers in Norway, Sweden, and Denmark adding up to 21,000 sq m (230,000 sq ft) of white space, and plans to build more. The acquisition follows IPI's purchase of SuperNAP Italia, a 40MW campus near Milan in March. The company is privately owned and has been operating for more than 20 years. 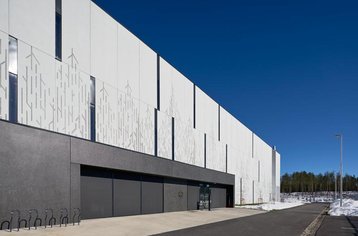 IPI Partners is a joint venture between Iron Point and Iconiq Capital, a fund that invests the money of prominent Silicon Valley names including Facebook's Dustin Moskovitz and Sheryl Sandberg, Twitter's Jack Dorsey, and LinkedIn's Reid Hoffman. It is investing fast in data centers: it already has more than 480MW of data center assets owned by its IPI I and II funds. The IPI II fund raised another $3.8 billion in March to buy more.

Before its European campaign began this year, the fund's biggest data center move was combining data centers it had acquired from T5 Data Centers and Infomrat, to create Stack Infrastructure.

DigiPlex has funded much of its expansion through issuing bonds. Its acquisition by IPI is expected to complete in Q3 2021, at which point those holding bonds will be issued with call notices calling for their early redemption in accordance with their terms.

DigiPlex uses 100 percent renewable energy, and has campuses in Oslo, Norway; Stockholm, Sweden; and Copenhagen. As well as its built portfolio, it is already expanding. In February, it bought a large plot of land near Copenhagen, with the potential for a 100MW campus.

IPI's release describes the acquisition as providing "a significant leadership position in Northern Europe," with capacity to expand for hyperscalers and large colocation tenants, using DigiPlex's experience to expand into markets beyond the Nordics.

“DigiPlex is a market leader in the high-growth Nordic data center sector and we have long admired the quality of its management, employees, and business strategy,” said Matt A’Hearn, partner at IPI. "With DigiPlex’s existing scaled presence and deep development expertise, we will significantly expand our hyperscale-focused data center portfolio in Europe, a key region of focus for IPI."

DigiPlex's founder and chairman Byrne Murphy said: “What DigiPlex has achieved over the past 20 years is an amazing accomplishment and a testament to the incredible people who work there. It is the right time to give DigiPlex extended firepower to capitalize on its advantages and benefit from the next wave of growth in the industry. It is also crucial to me and to my partner, Bill Conway, to hand DigiPlex off to new owners who recognize and support its people, culture, experience, and customers, as well as the communities in which it operates.”

Wiljar Nesse, CEO of DigiPlex, looked forward to using the funding: “At a time of rapid growth for the industry, IPI provides near-term scalability to DigiPlex. New capital, as well as a global footprint and access to global supply chains, relationships and customers, are expected to supercharge our growth, enabling us to continue meeting the hyperscale demand that we are experiencing. We believe this acquisition is an acknowledgment of our strong customer relationships and proven business model, and that employees and customers alike will benefit as we accelerate our plans and expand our vision in partnership with IPI.”