Bank hopes to save 400 tons of carbon annually

Oversea-Chinese Banking Corporation (OCBC) has announced a new raft of measures to reduce its carbon footprint, including a new cooling system in its Singapore data center.

This week, the bank said it will invest more than S$25 million (US$18.1m) in decarbonization efforts in Singapore, Malaysia, and Greater China. 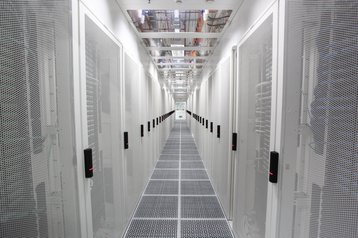 OCBC Bank has committed to achieving carbon neutrality in operational emissions from 2022. The bank said the investments will be used to deploy energy-efficient technology to reduce its carbon emissions, and solar energy systems that will increase the use of renewables in its energy mix for powering operations; the efforts will reduce approximately 10,000 tons of carbon emissions over the next four years.

Its data center – which contributes 40 per cent of the bank’s carbon emissions in Singapore – will implement a rack-based cooling system by the end of this year. This will see the facility’s emissions reduced by over 400 tons annually.

Lim Khiang Tong, Group Chief Operating Officer, OCBC Bank said: “United Nations’ latest Intergovernmental Panel on Climate Change report once again stressed the urgent need to reduce global carbon footprint to avoid overheating. Hence, building a sustainable future is simply non-negotiable. It is all in our hands. Each and every one of us must do our part for future generations.”

“It is with this in mind that our priority is to accelerate our own decarbonisation efforts. While it will take time for these efforts to bear fruit, climate change will continue to impact the environment. Hence, we endeavour to support credible carbon offset projects to deliver immediate outcomes and allay the impact of climate change.”

The company also said its Tampines Centre Two building will see its air-conditioning system retrofitted to connect to SP Group’s district cooling network at the Tampines Town Center. The system is scheduled to be completed and operational in the first half of 2025.

It also hopes to achieve Green Mark certifications for all its retail branches by 2030; four branches and eight buildings have received these certifications to date. Buildings in Singapore, Malaysia and Greater China will be installed with solar energy systems by 2024.