The company has acquired two parcels of land totaling 170,000 square meters (1,830,000 sq ft) on the same industrial park as its existing campus in the Siziano area of Milan

The two plots can support three data centers totaling 35MW of capacity, which would take the company’s campus to 270,000 sq m (2,900,000 sq ft) and 75MW. The land is reportedly development-ready, with capacity available as early as Q3 2022.

“Supernap’s growth strategy is driven by strong demand from new and existing customers. Our expansion in Milan is an example of our commitment to establishing strong footholds with room for growth and campus economics in our customers’ most important markets,” said Sherif Rizkalla, CEO of Supernap Italia.

“We’re excited about our next phase of growth and our ability to deliver new capacity in an ever more sustainable manner.” 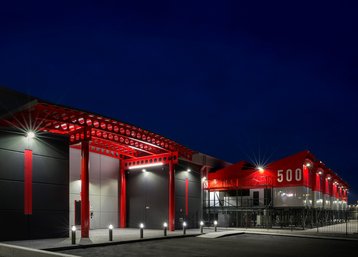 A portion of the land, in convention with the Commune of Siziano, will be dedicated to public use and urbanization projects that are valuable to the community.

“Having such an advanced technological reality in the province of Pavia makes us very proud,” added Vittorio Poma, President of the Province of Pavia. “Supernap Italia is making great strides to bring the world's most important companies right here in our own backyard. Their contribution to the Italian economy paves the way for a digital and connected future for the entire country.”

Supernap International was set up as a partnership between US-based Switch and the ACDC Holdings fund in 2014 to build data centers globally based on the designs of Switch’s Tier IV Las Vegas facility.

Earlier this year, affiliates of private equity firm IPI Partners (IPI) acquired ACDC, which was previously owned by Accelero Capital Holdings. Supernap International also includes a Bangkok data center campus, but IPI confirmed to DCD that this part of the business isn't included in the deal and only Supernap Italia was acquired.