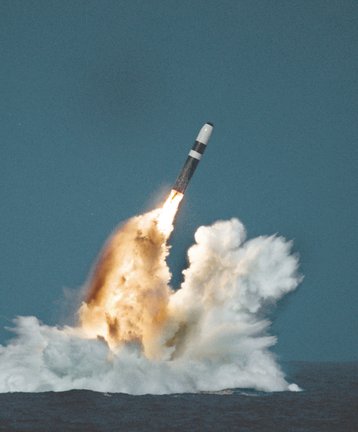 “High-performance computing is a critical aspect of AWE,” the head of the establishment's HPC, Andy Herdman, said.

“It underpins the vast majority of our science-based programs, and we’re continually looking for ways to enhance and support this important work. This is why we chose Shasta, for its unique and powerful features, as well as its ability to provide optimal TCO.”

The AWE in 2017 deployed an IBM supercomputer with Power8 processors to maintain the Trident nuclear arsenal.

Since the 1996 Comprehensive Nuclear Test Ban Treaty (CTBT), supercomputers have been used by nations to simulate nuclear weapons, and study how aging stockpiles degrade.

The world's second-fastest supercomputer, the 94.6 petaflops Sierra, was air-gapped earlier this year to run nuclear weapons workloads. In 2023, it will be joined by El Capitan, a 1.5 exaflops (1.5 quintillion calculations per second) supercomputer.

"Our nuclear weapons were developed, and thus far maintained, using 2D simulations. Our computers have not been powerful enough to handle the third dimension with enough speed, and enough accuracy," LLNL director Bill Goldstein told DCD earlier this year.

"The lack of 3D has introduced inaccuracies and uncertainties into our work that we can no longer be satisfied with. We'd like to say that, while the stockpile was designed in 2D, it's actually aging in three. El Capitan will permit faster, more detailed 3D modeling and simulations, reducing the time needed for the most complex calculations. And most importantly, El Capitan should make simulations in 3D as routine as they currently are in 2D.