The US National Nuclear Security Administration plans to build a hybrid cloud platform for its enterprise and classified workloads.

In its annual Stockpile Stewardship and Management Plan, first reported by GCN, the agency detailed several different cloud projects across its network of laboratories. 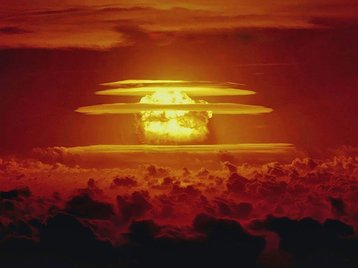 "NNSA is undertaking an aggressive enterprise transformation initiative that will grow cloud services over time and deliver a modern, well-managed, secure computing environment that will eliminate many of the inefficiencies and performance degradations currently experienced by the workforce," the report to Congress states.

At the same site, it plans to deploy the first phase of its 'Enterprise Secure Network (ESN) 2.0' West Coast communication hub, which uses "cloud-based technologies for classified application hosting."

The NNSA's ESN efforts began nearly a decade ago to ensure secure communications and data sharing between the Nuclear Security Enterprise, consisting of the NNSA's nuclear production sites and nuclear weapons research labs.

The report details how ESN is expected to be updated as it moves to the cloud: "This project seeks to provide the comprehensive and consolidated logical secure infrastructure necessary to provide secure, reliable, effective non-nuclear components that will allow design, development, and prototyping of weapon hardware, software, systems, and applications. The architecture will allow DOE/NNSA programs to develop solutions using cloud-ready tools and applications in a classified cloud environment without redesign."

Application hosting on the private cloud infrastructure will use Microsoft Azure Stack. "This infrastructure will be hosted at geographically separated locations," the report notes. "Applications will be able to utilize one or both sites as deployment hosting environments, depending on mission needs.

"The cloud infrastructure will have a storefront offering services and components that are pre-accredited. As the environment and the processes governing it mature, more components will be accredited and made available in the storefront."

The cost of the shift to private cloud is not given, but the report does reveal under its "$10-20 million project examples" that a new data center is being built at Sandia National Laboratories.

The NNSA's embrace of cloud technology only goes so far: Its heavy-duty nuclear weapons simulation will still require massive supercomputers.

"Modeling the complexity of nuclear weapons systems is essential to maintaining confidence in the performance of our stockpile without additional underground nuclear explosive testing," the report says. The Advanced Simulation and Computing (ASC) program "provides the weapon codes that provide the integrated assessment capability supporting annual assessment and future sustainment program qualification and certification for the stockpile.

"ASC capabilities also inform decision-making related to the sustainment of the nuclear stockpile and future stockpile reductions in support of US nonproliferation objectives."

The NNSA's parent agency, the Department of Energy, is in charge of the United States' wider supercomputing effort. But a number of the DOE's systems are used solely by the NNSA - take Sierra at Lawrence Livermore, which began as a general research system when it launched last year (including cancer research), but has since been air-gapped to work purely on classified NNSA workloads.

At 125 petaflops, Sierra is the world's second fastest supercomputer, after Summit. "The HPC system is successfully being used in support of the Advanced Computing and Simulation Program... Sierra represents an almost threefold performance increase over the previous supercomputer, Trinity at LANL, which will continue to serve the needs of the mission alongside Sierra."

Another system of note being used by the NNSA is Astra, at Sandia National Labs. At only 2.3 petaflops, its performance may appear paltry when compared to Sierra, but Astra is different - it is the world's largest Arm supercomputer. 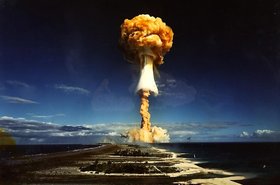 Arm, it's the bomb

"This system pioneers a new type of computing architecture at a large scale that is expected to perform very efficiently on weapons calculations," the report states. A prototype system, Astra is designed as a test bed platform ahead of a potential exascale Arm supercomputer, with research carried out under the umbrella of the Vanguard program.

Before exascale, there will be one more major supercomputer deployment: Crossroads. With the request for proposal only released earlier this year, we don't know the capabilities of the system just yet, other than the fact that it will have a power capacity of 18MW.

“Since the era of the Manhattan project, it has been essential to underwrite the performance of nuclear weapons using the most powerful computing available," Bob Webster, deputy laboratory director of the Weapons Program at LANL, said at the time. "This is particularly true since the cessation of testing.”

The contract for Crossroads is expected to be awarded later this year, with the supercomputer installed at Los Alamos by Fall of 2021. 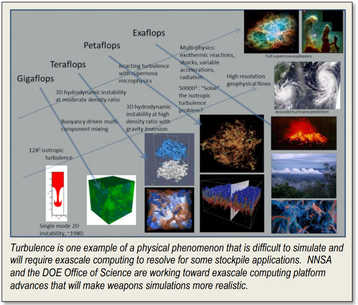 The NNSA's exascale system, El Capitan, will be installed at Lawrence Livermore's B453 Simulation Facility - with the location currently undergoing extensive power and cooling upgrades in anticipation of the supercomputer, along with a follow-up exascale machine in 2028. Together, the two systems will require 85MW of power.

The first exascale systems "will provide at least an 8-fold increase in sustained application code performance over" Sierra, the report states.

Funding these systems, as well as exploring new architectures like Arm, and porting code across platforms, has led to cost increases. 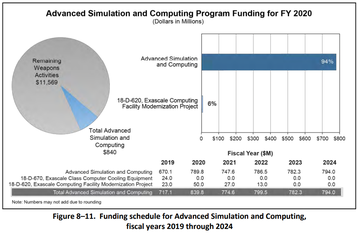 "The budget request for ASC increased 18 percent from the FY 2019 enacted budget to reflect the transition of the integrated design codes to new architectures, the development and evaluation of new computing technologies and algorithms against advanced prototype hardware, and support for integration between platform procurement/deployment and computing center operations. These funding levels are necessary for delivering an exascale system in FY 2023."

Construction costs increased six percent for the Exascale Computing Facility Modernization Project at Lawrence Livermore. For the FY 2019, the total cost of ASC is expected to reach $717.1m, jumping to $839.8m by 2020.

All this comes as nuclear tensions appear to once again be ticking up. This month, the Trump administration formally withdrew from the Intermediate-Range Nuclear Forces Treaty, a Cold War-era arms pact with Russia that banned land-based missiles with ranges up to 3,410 miles.

In June, Steven Andreasen, director for defense policy and arms control on the National Security Council staff from 1993 to 2001, wrote in the Washington Post that the Trump administration is quietly pushing to restart underground nuclear weapons testing.