Peter Gross will be the new chairman of the board

The software-defined power company also announced industry Peter Gross will succeed William Clough as chairman of the board. Clough will remain as vice chairman. 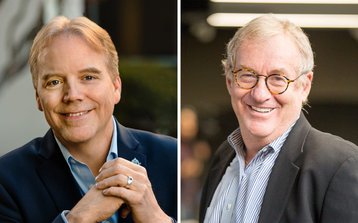 Nelson was responsible for building and operating Uber’s entire computing infrastructure, before leaving in mid-2019. Before Uber, Nelson worked at eBay, overseeing the online auction site's data center strategy for six and a half years.

"There's a data tsunami coming as the next two billion people come online and global users continue to generate and consume more data with the advent of 5G," Nelson said in a statement on VPS's website.

"This will trigger unprecedented global data center growth. Now is the time to implement software-defined power as data center efficiency will be at a premium and a defining factor in the success or failure of an operation.”

Gross praised Nelson saying: "Dean is a visionary with an outstanding track record in growing companies and driving industry-leading innovations.

“I'm pleased to continue William Clough's excellent work as Chairman and support Dean and his team to advance VPS's success."