5G gaming will require Edge data centers – and lots of them 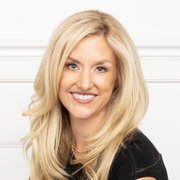 5G wireless technology will unleash a revolution in cloud gaming and esports, the likes of which were unimaginable just a few years ago. 5G networks can transmit data up to 100 times faster than 4G’s current network, and 5G's data capacity can be up to 1,000 times that of 4G. This means that games streaming in the cloud and mobile devices have the opportunity to be far more intricate and complex than ever imagined. Augmented reality (AR) and virtual reality (VR)-based gaming will finally be able to reach their potential and change the face of gaming as we know it. 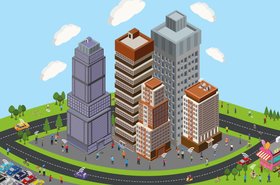 Game On: The industry that changed the world

From GPUs to cloud computing, DCD looks at the impact of video games on the data center

However, as promising as 5G is for gaming and esports, it can’t be supported by our current infrastructure. Mass adoption of 5G gaming will require interconnected edge data centers—and lots of them.

Most of us are now gamers

Cloud gaming has experienced exponential growth since the beginning of the Covid-19 pandemic. There are currently about 215 million gamers in the United States alone, a country with a population of roughly 328 million. Statistically, roughly two out of three people in the US are at least part-time gamers.

Not only has the number of gamers skyrocketed, but gamer demographics have greatly expanded. The average gamer in the US is between 18 and 35 years old, and 46% of gamers are now female. This is largely due to an explosion in mobile gaming, with smartphone games accounting for almost half of gaming revenue worldwide in 2020.

The lockdown has also driven massive demand for esports. Streams on Twitch increased between 30 and 50 percent in April 2020 alone and have been growing steadily since. It is estimated that the esports industry will be worth over $218 billion by 2024 and currently has a global audience of about 3 billion people.

Gaming and esports companies are capitalizing on this enormous new customer base, and will reap the rewards for years to come by acquiring as many new gamers as possible. However, if there is one thing gamers won’t tolerate, it’s latency. Delays, buffering and packet loss will cause a gamer to stop playing the game and likely stop subscribing to the cloud gaming service. Even milliseconds of lag can jeopardize esports contests and put valuable prizes, sometimes worth millions of dollars, at stake.

As it stands today, cloud streaming latency is roughly 20 milliseconds, which is acceptable to human senses - as long as the lag is around 20 milliseconds or lower, we can’t detect the delay. Delays during peak traffic times can easily raise latency a few milliseconds over 20, risking noticeable delays and unfavorable impacts on gameplay. This is particularly true with mobile gaming, where smartphone data transmission delays are a regular occurrence.

5G technology can significantly lower streaming latency to as little as 1 millisecond while delivering exponentially more data in ultra high-definition. This ensures virtually no delays in streaming or response times and makes it possible to play more immersive and sophisticated games on home consoles and 5G-enabled mobile phones.

For gamers, this next wave of streaming can’t come soon enough. According to an independent study sponsored by Ribbon Communications, 95% of gamers would pay a higher premium for 5G-enabled gaming services—60% say they would pay 50% more than they pay now.

As it stands right now, the speed and bandwidth AR and VR games need to function optimally isn’t possible on 4G’s current infrastructure. 5G can finally fulfill the potential of innovative gaming technologies like AR and VR.

Less data AR games such as Pokémon Go can overlay sprites and other images onto a smartphone’s camera feed. While this does merge the real world with virtual objects, it hardly captures the full spectrum of immersive experiences gamers desire. Truly augmenting the world around you with advanced virtual components and interacting with them in real time without delays requires heavy-duty data processing, sophisticated cameras and sensors. This is possible to an extent with expensive on-site equipment but not for a mobile experience.

VR requires even more speed and bandwidth than AR. While AR enhances the actual physical world around a player, VR entirely immerses the player into an alternate universe. The sensors and display screen in the VR helmet have to react in real time to the slightest movements of the player’s head, or even one’s entire body. Current VR games demand between 10 and 50 Mbps, but newer, more advanced VR games and headsets need between 50 and 200 Mbps in order to react to player movements at speeds with lag undetectable to human senses.

5G gaming will need as many Edge data centers as possible

In a world measured by milliseconds, every mile counts. The cloud and centralized data centers as we know them cannot support the speed and capacity requirements of 5G gaming. The time it takes data to travel from consoles or mobile devices to centralized data centers for processing and then make a return trip all the way back to the devices is simply too long for 5G-level gaming. Additionally, the amount of data being created by next-generation games would overwhelm the network and create bottlenecks, negatively affecting gameplay.

In order to compete in a 5G landscape, gaming companies will require connections at as many points of presence (PoPs) as possible to ensure the latency and bandwidth requirements of 5G can be met to enable them to thrive in a 5G gaming paradigm. As Chief Cloud Strategy Officer for Deloitte David Linthicum puts it, “The cloud gaming company that provides the fastest infrastructure and the largest points of presence in data centers around the world—that’s who’s gonna be successful.”

To develop, test, and bring 5G gaming innovations to market, gaming and esports companies will need spaces for 5G innovation hubs. Edge data centers are the perfect location for this because they are already 5G-enabled and can accommodate 5G innovation needs including the space, equipment and connectivity required throughout the entire development lifecycle.

The most ideal spaces for 5G innovation hubs are owner-operated edge data centers. When the building owner, operations team and management are the same entity, tenants have the benefit of increased operational efficiencies including long-term stability, direct ordering of fiber connectivity, faster provisioning, roof rights, and flexibility to scale to meet growing capacity demands. Tenants can simply set up shop with the support they need to make the best, most innovative 5G-enabled products possible.

The ideal partner for gaming and eSports companies

5G gaming is still in its infancy. Gaming experiences will soon evolve beyond our imaginations with the unprecedented power and capabilities that 5G brings. But 5G gaming can only grow on an expanding infrastructure of interconnected edge data centers. Enterprises that partner with the right connectivity providers in the right places will gain competitive advantage and provide the most satisfying gaming and esports experiences. Data centers that are owner-operated, located in urban areas near large user populations, and have the space and accommodations for 5G innovation hubs are the ideal partner for the gaming companies of the future.