Beating the heat: How GaN keeps the data center cool 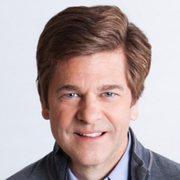 Maybe the answer is power electronics which make less heat in the first place...

Data centers are integral in today’s technological world. As new technologies and workloads such as cloud computing and machine learning (ML) continue to gain widespread adoption, the strain on the data center is increasing, and this trend is only expected to continue.

Unfortunately, current power conversion and distribution technologies employed in the data center are not well suited to handle this increase in demand. Specifically, power electronics based on silicon are relatively inefficient, ultimately requiring data centers to employ exotic cooling systems to maintain safe temperatures. In the end, this overhead makes data centers less sustainable, less cost-efficient, and ultimately more expensive for the data center provider and the end-user alike.

The solution to this challenge is gallium nitride (GaN), a proven alternative to silicon that offers superior performance and efficiency. GaN is uniquely poised to revolutionize power distribution and conversion in the data center, saving energy, reducing the need for cooling systems, and ultimately making data centers more cost-efficient and scalable.

Legacy technology and the need for cooling

Silicon-based electronics is a relatively old field, with roots dating back to the 1950s. While the technology has improved by leaps and bounds, its capabilities are still fundamentally limited by the material itself.

Specifically, in the realm of power semiconductors, silicon suffers from relatively low conductance and slow switching speeds, causing it to be an imperfect material for power electronics. Regardless, the majority of today’s power electronics within a data center still rely on silicon-based devices for functions like power conversion and distribution.

At the same time, the data center landscape has changed drastically in the past decade. Today, data centers are expected to run more compute-intensive workloads than ever before - requiring faster speeds and more power consumption to meet new demands. This, coupled with the reliance on silicon technology, results in modern data centers wasting a staggering amount of power and generating enormous amounts of unwanted heat. Some reports have even found that data centers discard as much as 98 percent of their electricity as unwanted heat.

If we continue to rely on silicon, excessive heat generation and the need for exotic cooling systems will continue to plague the industry and serve as a bottleneck. This does not represent a sustainable path forward

This is an issue as it tends to degrade the performance of servers, causing them to operate more slowly and break down faster. This negatively impacts the end-user performance, as well as increases their costs due to the higher maintenance fees associated with the data center.

To address thermal challenges, data centers use intricate cooling technologies to maintain safe operating temperatures. While this scheme works, it adds significant overhead to the operation of the data center, again driving up prices for the data center operators and the customers alike.

Within the data center, two areas that are particularly susceptible to high waste and thermal generation are power conversion and power distribution.

Power conversion is a fundamental element of data centers, where power supplies and conversion circuits work to generate all of the electrical power used throughout the data center. Within this, circuits like AC/DC converters, DC/DC converters, and regulators almost all depend on the operation of silicon transistors as switching devices. Silicon transistors also work as switches to control the flow and direction of power to and from different areas within the data center.

In both of these situations, it is ideal to find a replacement for silicon that can offer better efficiencies.

GaN-based technologies address the problems of heat generation in data center power electronics in ways that silicon does not.

Owing to impressive material properties, GaN-based transistors offer faster switching speeds, higher conductivity, and generally better performance as compared to their silicon counterparts. Specifically, GaN has a conductivity that's 1000x greater than silicon and has been demonstrated in some applications to offer power savings up to 40 percent as compared to silicon.

Because of this, GaN transistors provide a higher-efficiency replacement for legacy silicon in data center power electronics applications. The result of using GaN in place of silicon is that data center power conversion and distribution circuitry will waste less energy and generate significantly less heat.

With these benefits, GaN has the potential to create a revolutionarily positive impact on the data center industry. GaN can significantly reduce the need for complex cooling solutions in the data center and, in turn, make them cheaper to operate and maintain, offer longer lifetimes, and require less expensive overhead in general. Because of this, studies have found for each set of 10 racks in the data center, GaN-based PSUs can increase profits by $3M.

Altogether, the benefits of switching to GaN include a decrease in costs for both the data center provider and the end-user, higher performance, and greater reliability than ever before.

As the trend of increasingly compute-intensive workloads continues to put unprecedented strain on the data center, the industry must adapt to keep up. If we continue to rely on silicon technology in our data centers, excessive heat generation and the need for exotic cooling systems will continue to plague the industry and serve as a bottleneck for scalability and cost-efficiency.

This does not represent a sustainable path forward for the field. At the end of the day, a transition from silicon to GaN in data center power applications is a necessity for the data center of the future.