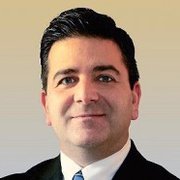 The Netherlands is famous for many things: cheese, windmills, wooden clogs, tulips, and, increasingly, data centers. The small country in northwestern Europe is home to the largest data center hub on the continent, with the capital Amsterdam surpassing London as the foremost market in 2019. Some of the world’s top data center companies have chosen the Netherlands to construct sites, including Microsoft, Global Switch, and CyrusOne.

However, as in other areas of the globe, data centers have met opposition in the Netherlands from parties concerned about their impact on the environment and local resources—even though data shows that data centers account for less than one percent of the country’s total energy consumption.

The same year that Amsterdam claimed the position of largest European hub, authorities implemented a temporary ban on data center construction in the city, citing the need to control how much space centers were taking up.

"Data centers have become indispensable facilities for almost all residents, businesses, and institutions, but they also take up a lot of space and, due to the high energy consumption, take a big load on the electricity grid,” the Municipalities of Amsterdam and Haarlemmermeer stated in a translated press release announcing the ban. “At present, municipalities have hardly any instruments at their disposal to steer where the data centers are located, or which requirements they must meet."

The province of Flevoland followed suit with its own temporary ban in 2021, citing similar reasons. Simultaneously, an agricultural association representing farmers organized against a planned Microsoft project in the municipality of Hollands Kroon.

The latest spat over data center construction in the Netherlands concerns Facebook parent company Meta’s plans to construct a massive development in Zeewolde, a small town with a population around 20,000. Meta’s proposed center would be the largest yet in the country, and although the project overcame significant local opposition and won approval from the town council in December 2021, Wired reported in January of this year that the approval was challenged by the Dutch Senate and now faces a vote by the national government.

The battle is not yet lost, but one could argue that Meta’s efforts were hindered by its decision to engage in secretive negotiations with the town council preceding the vote, going so far as to conceal itsr identity and operate under the alias “Tulip”—a reference to the country’s national flower. The lack of transparency certainly did not help when it came to winning the trust of the locals who would be most impacted by the project.

What should you do?

As the Netherlands’ ongoing struggles demonstrate, public and political opposition to data centers can have detrimental impacts on the industry. How can companies hoping to break into the data center space maximize support for their projects? Luckily, proven strategies exist that can help secure a smooth development process without alienating the public. Here are just a few:

Companies can conduct a “political due diligence” report that will identify any pitfalls or specific risks before they announce their development project. When are the local elections that may influence the project? How many residents live in the area of the future development? How do we reach these people best? Knowledge is power, and reports will assist teams before they announce a major project.

One would be shocked to see that a majority of large land use projects that need public support and approval do not even have their own dedicated website to disseminate information to the public from, capture supporter names, answer questions and more.

With nearly all of most populations on the “net” and on social media, what better location to educate these residents on the jobs, tax revenue, and other benefits data centers will bring in?

Companies can create a list of key stakeholders, such as prior elected leaders, economic development leaders, and well-known people in the community of the development project, for outreach and acceptance. They can also map out not just the stakeholders, but also every supporter they are able to gain a valid address on. A map of supporters is a powerful tool to show elected leaders and decision-makers.

Every development project will have to face the scrutiny of the media. Being proactive, with press releases and discussions with reporters and editors is critical.

Whether virtual or in-person, community open houses allow citizens near the development site to speak to experts one on one with their concerns about the project.

Just like any other type of development project, data centers can fall prey to NIMBYism. Nevertheless, companies need not fight public opposition every step of the way. By doing their research about local conditions and taking intentional steps to engage with local stakeholders, companies can win public support for their projects and ensure that communities enjoy the myriad economic benefits that data centers offer the regions that host them.