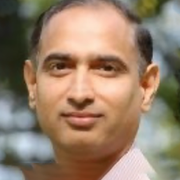 Could this be better than hydrogen as a way to store and transport green energy?

The recent adverse weather in several European countries has impacted data centers, with several of them having to curtail their operations. The primary reason is the over reliance on the power grid for day to day operations, especially cooling, without sufficient onsite backup power available to cope with unforeseen circumstances.

Across the world today, data centers consume significant amounts of energy, equating today to roughly two percent of the total energy usage worldwide. Fueled by demand from companies racing to adopt digital transformation, cloud services and next generation metaverse applications, the amount of data stored and processed worldwide continues to increase exponentially. And the size and scale of data centers and energy required to process this data continues to grow on the same trajectory, placing new demands on operators to ensure that future data centers are “green” and powered by sustainable and renewable energy sources.

Data center operators that claim to be powered by renewable energy today rarely run on 100 percent renewable sources but instead use renewable energy certificates (RECs) and power purchase agreements to claim this status. The disadvantage with RECs is the steep costs and the associated market volatility making them economically unfeasible for long term usage, especially as the size and energy requirements of data centers continue to increase.

Green ammonia with its unique properties could be one solution to this problem.

Easier to handle than hydrogen

Ammonia is an inorganic compound comprised of nitrogen and hydrogen having the formula NH3. It is a colorless gas known for its distinct strong smell. Ammonia is a nitrogen-bearing input for all man-made fertilizers and thus plays an indispensable role in the world’s food production. It is also a versatile chemical intermediate used in the production of plastics, fibers, pharmaceuticals, and chemical reagents. Almost 200 million tons of ammonia were produced and consumed in 2021. Ammonia’s storage and handling are similar to those of liquefied petroleum gas (LPG), involving moderate pressurization and/or refrigeration. In recent years, the need for more energy-efficient and decentralized ammonia production has inspired research into new methods for ammonia production. When renewable energy such as solar and wind is used to power the synthesis process, the product is green ammonia.

Hydrogen is currently the focus of significant attention within the energy transition. However, because of its extreme cryogenic properties, it is expensive to transport and store. Ammonia, with its milder properties, can be stored and distributed more affordably. Once it has arrived at its point of use, it can be used as a fuel directly or turned back into hydrogen via “cracking” technology

Green ammonia produced at scale requires the solutions to several problems in material sciences and engineering. Advanced Technologies can play a critical role in advancing green ammonia research and future production at scale. HPC and quantum computing technologies can solve complex density functional theory (DFT) problems that arise in predicting material behavior for new catalysts and can be used to conduct large scale simulations and solve problems in computational fluid dynamics (CFD) that frequently arise in relation to the flows of hot gasses in energy management and conversion devices when optimizing construction of turbines powered by green ammonia.

Data centers will power the digital economies of the future. As the size and scale of data centers increases, it is critical that they be powered by renewable sources of energy. Solutions built around green ammonia not only offer a viable path to this future but can also offer a pathway to provide reliable onsite backup power to cope with undue stresses on the power grid.