It's time to demystify the data center: Vote here

Data centers have become invisible. We're celebrating the people who have done most to increase public understanding of our vital infrastructure

Arthur C. Clarke said: "Any sufficiently advanced technology is indistinguishable from magic." And frankly, for data centers, that is a big problem.

Data centers are the cornerstone of the digital infrastructure that is changing everyone's lives - and yet for most people, they might as well not exist. Their phones work by magic, and the web is a mystical mechanism that delivers services from government and other institutions.

This is a problem, because you can't use a tool well if you don't understand it. Ignorant governments will legislate poorly, and ill-informed people may have a kneejerk reaction to potentially helpful neighbors.

Read all about it 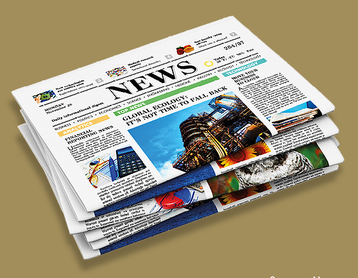 Everyone deserves to understand data centers. When the press gets it right, governments will regulate the sector better, and make better economic decisions about it, while the public will engage constructively with the facilities they live alongside.

But that won't happen unless good information and true representations of the issues in the sector reach the public through the media they follow. We believe DCD does a good job of explaining the issues, and sometimes the public finds our stories, but we have to admit that we are addressing the specialist audience that already understands the importance of the sector - not least because their jobs depend on it.

It's a very different job to make those issues come alive to an uncommitted audience. This year the DCD Awards include a special public vote for the mainstream media story which does the best job of presenting a crucial data center issue to a wider audience.

The Best Mainstream Press Coverage of the Data Center Industry Award is a public vote. We've collated five worthy articles, and we want you to vote for the one you think presents the data center most accurately to a broader audience.

Here's an introduction to the shortlisted pieces. Choose your favorite!

The winner will be announced at our gala DCD>Awards dinner on 5 December 2019.

This award is sponsored by Quality Uptime Services