Tech firms - if you care for the planet, green your investments!

Because right now, your money is hurting the planet more than anything else you do

As an individual, are you eating less meat and flying less, to reduce your carbon footprint? If you are, it might surprise you to find that the good you do is being wiped out by your bank.

For many people, our biggest personal source of emissions is our money. The cash we have, in accounts and pensions, is all being invested on our behalf by banks and finance houses. We have very little scrutiny or control over where that money is placed - and a vast amount of it is being pumped straight into the fossil fuel industry. 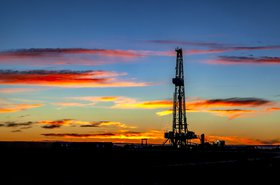 Tech firms' investments create more emissions than all their other activities

Google, PayPal and others claim to be carbon neutral, but pump millions of investment dollars into oil and gas

Behind your back, on your behalf, your bank is burning the planet.

The smart firms are missing the point

This is true on a personal level, and also on a national level. In the UK, for instance, personal pensions have some £2 trillion of assets. Research house Route2 added up the emissions they cause and found these add up to more than the rest of the UK put together.

Now, a lot of giant tech firms have committed firmly and publicly to reaching net-zero emissions. You might expect they are on top of this issue. Surely, you would think, with their smarts and resources, they can ensure that their assets are stored wisely, in non-environmentally damaging places.

Firms including Google, Meta, and Microsoft have a lot of money in the bank - and that money is funding planet-killing industries. For many firms, the carbon footprint of their money is greater than all the emissions, from all their other activities, combined.

According to The Carbon Bankroll, The Climate Impact and Untapped Power of Corporate Cash, a report from environmental groups monitoring investments, Google's own activity produces more than 10 million tons of carbon equivalent emissions per year, for instance - but the $136 billion Google has in the bank creates more than twice this.

The issue is a huge blind spot. “It is impossible to overstate just how important this analysis is: this team is uncovering the largest remaining source of huge and hidden carbon emissions in our economy," says US environmentalist Bill McKibben. "It's the equivalent of the moment when physical scientists figured out the last big new source of carbon—the melting tundra."

The emissions of a company's investments are indirect. As such, should be part of their Scope 3 emissions, as reported under the Greenhouse Gas Protocol (GHG Protocol). However, although the World Resource Institute (WRI) and the World Business Council for Sustainable Development (WBCSD), which manage the Protocol, have always said corporate cash and investments should be included in Scope 3, not many organizations have done so - because it's too hard.

The creators of the Carbon Bankroll report say that's no longer the case. Analysis by climate solutions provider South Pole checked public data on corporate cash reserves and the carbon intensity of banks. The answers are still estimates but they are good estimates - and the information they provide is devastating to tech firms' environmental claims.

Microsoft, for instance, has gone further than most in accepting responsibility for the indirect emissions of its ecosystem. So much so that it publicly emitted that that ecosystem - the emissions from building its data centers, and from all the people using its tablets and games consoles, wiped out any benefit its own carbon reduction had achieved in 2021.

We need is for Microsoft, Meta, Apple, and the rest of the crew to wake up and take thisas seriously as they take their own direct emissions

Now, according to the Bankroll report, we find that the $130 billion cash pile Microsoft has in the bank is making that massively worse. That money is generating more emissions than all of that created by manufacturing, transportation, and using Microsoft products around the world, according to the report.

Amazon, meanwhile, had $81 billion in cash in 2020, and this generated more emissions than all the energy used by every Amazon facility around the world, including data centers, fulfillment centers, physical stores, and other facilities.

What are you going to do about it?

Now we know the facts, what are we going to do? McKibben is optimistic. Given information, he says, big firms should be able to act: "Armed with these figures, we can swiftly do something about it.”

What we need is for Microsoft, Meta, Apple, and the rest of the crew to wake up to this issue, and take their investments as seriously as they take their own direct emissions. These companies need someone in corporate finance to pull money away from dirty investments, and to cut ties with finance houses that can't clean up their act. They need to have boards and CEOs who are prepared to push through these decisions, even if they are costly.

It's not guaranteed that this will happen. Remember, these companies continue to build data centers in countries where all the electricity comes from fossil fuels. And they misrepresent the carbon impact of power purchase agreements (PPAs) which don't match their actual energy use over time.

But we can hope that - pushed by customer pressure and their own consciences - tech firms will take this new challenge seriously.

One tech company had a response within the Carbon Bankroll report, welcoming its findings.

Patrick Flynn, global head of sustainability at Salesforce said: “We are in a climate emergency and that requires every organization to accelerate to net zero as fast as possible. At Salesforce, we believe that the future of transformative climate action will come from collaboration between customers and suppliers. That's why we welcome this new analysis from CSLN, TOPO, and BankFWD so companies like Salesforce can deepen collaboration with banking sector leaders to accelerate their climate ambition and drive meaningful change at scale.”

If the tech sector as a body can deliver on this promise, the banking sector could see a major bloc of investment pulled out of deadly fossil industries. That could actually make more difference than everything else they've ever done for the planet.